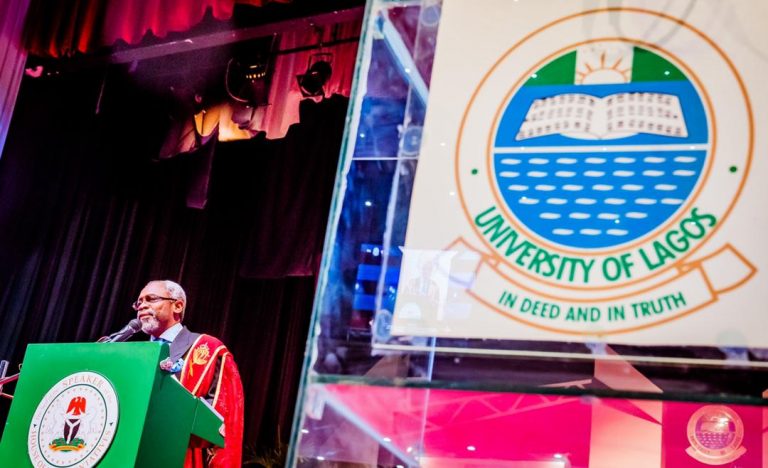 The Speaker of the House of Representatives, Femi Gbajabiamila, has called for review of Section 131 of the 1999 Constitution to increase the minimum educational qualification of persons aspiring for key public offices.

Gbajabiamila made the call while delivering the 52nd Convocation Lecture of University of Lagos on Monday in Lagos.

The theme of the lecture was: “Building Back Better: Creating a New Framework for Tertiary Education in Nigeria in the 21st Century.”

Gbajabiamila said that increasing the minimum educational qualification for public office seekers would help in reforming the country’s electoral system and providing strong leadership for the nation.

He said: “The country is faced with yet another election in 2023. Prior to the 2019 elections, we succeeded in amending the constitution to effect the ‘Not Too Young to Run’ request and ensure the eligibility of young people to aspire to high offices in the land.

“This, we did by reducing the eligible age for political offices.

“Toward the 2023 elections, it is my hope that a Direct Primary election method will increase greater participation in the leadership recruitment process, as we are faced with diverse opinions on the way forward.

“I sincerely believe that the National Assembly needs to look into Section 131(d) of the 1999 Constitution with a view to increasing the minimum educational qualification for persons aspiring to Nigeria’s top offices.

“This is including the National Assembly as against the current minimum requirement of a secondary school certificate or its equivalent.

“As we have reduced the age for eligibility to contest those offices, so also, we should increase the minimum educational requirement.”

Gbajabiamila noted that in a digital age, where socioeconomic participation was based on intellectual ability and access to information, a purposeful and well-rounded education was a fundamental human right.

According to him, this is because the individual’s ability to participate fully in society depended almost entirely on the quality of education available to them.

He added: “For the citizens to thrive in the new world, participate fully and productively in the new global economy and benefit from, rather than be consumed by the technological advancements that are changing the world, the country’s tertiary education must, therefore, be prepared to embrace reinvention and adapt to disruption.

“Our world has changed. The old certainties from which we derived assurance and built our expectations no longer exist.

“The values of our extractive industries that have powered our economy has deteriorated. It continue to do so rapidly, as technological advances lead us toward a future where coal, crude and gas are replaced by renewable alternatives of solar, wind and water.”

Gbajabiamila explained that good education should produce individuals confident in their abilities, capable of logical thoughts, aware of their shortcomings, but not constrained by them and cognisant of their rights and responsibilities within the community.

He added that tertiary institutions in the country needed to develop a new understanding of the changing nature of work and the future of employment.

According to him, it must also allow the new understanding to inform the nature of instruction and the substance of the education being provided.

He called for collaboration between higher institutions in the country, noting that the organised private sector was vital in this regard so as to jointly rise to the demands of the moment.

Gbajabiamila said: “We can easily agree that many universities in the country could benefit significantly from such close contact with the private sector’s energy, practice and resources.

“Advancing our tertiary institutions into the 21st century demands that we do whatever is required in terms of changes to legislation, regulation and or, policy to achieve this sort of synergy between the private sector and our educational and training institutions.”

In his brief remark, the Pro Chancellor of the institution, Senator Olarenwaju Tejuoso, expressed confidence that the lecture would put in context the integral role tertiary education must play in building a nation desirable by all.

“I know this because we have on several occasions engaged on issues affecting the nation and I am always enthused by the speaker’s in-depth knowledge, composure, and the ability to marshal his thoughts,” Tejuoso said.

Ogundipee noted that the topic reflected the speaker’s passion for the country’s university system.

“We strongly believe that this convocation lecture will stimulate debates on the role of the university in building a stronger Nigeria,” he said.