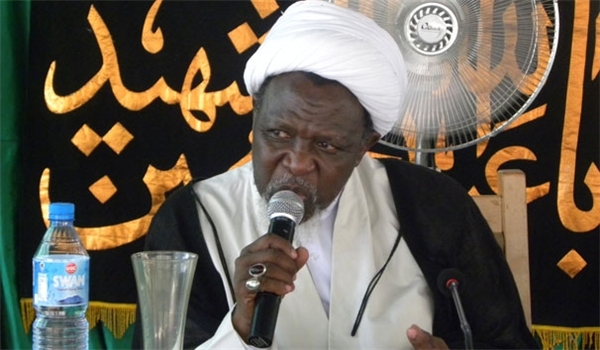 The Islamic Movement in Nigeria, popularly called Shi’ites, has castigated the Commission, Yobe State Police Command, Sunmonu Abdulmaliki, over his allegation that the group was planning to move its headquarters to the state.
The headquarters of the IMN is at present in Kaduna, Kaduna State.
A statement on Tuesday by the President, Media Forum of the Movement, Ibrahim Musa, said: “The attention of the Islamic Movement in Nigeria has been drawn to a statement by the Yobe State Commissioner of Police, Sunmonu Abdulmaliki, reported to have said that security reports reaching him have indicated that the leadership of the Islamic Movement in Nigeria is planning to relocate the Shi’ite national headquarters to Potiskum town. He also made a false allegation that whenever our members are arrested they are found with drugs and arms.
“The Islamic Movement in Nigeria wishes to inform the CP and general public that ‘the security reports’ about us with the Police command in general and that of Yobe state in particular are concocted lies made by our detractors within and outside the force with deliberate intention of blackmailing us and tarnishing our public image as a mass movement committed to justice and fairness to all irrespective of diversities.
“The Islamic Movement is not an association that has a national headquarters, talk less of moving it around from place to place. Even when the Islamic Centre built by our illegally incarcerated leader Sheikh Ibraheem Zakzaky was destroyed by Kaduna state government, our Islamic activities have not stopped in the state, talk less of other states. We are at best, practicing Muslims living peacefully with other citizens.
“Therefore we find it strange and outrageous when the CP is linking us with drug abuse and violence. It is on record that no member of the Islamic Movement in Nigeria has ever been convicted of such offenses in Yobe in particular and in the country in general. We dare the CP to disprove our claim especially as it concerns Yobe state.
“We have observed that we have been at the receiving end of the various security agencies in Yobe state, Potiskum in particular where several of our members have been extra judicially killed by security agents unprovoked. In the past three years we have lost close to 30 members to the brutalities recklessness of the security agencies in Potiskum alone.
“Certainly this is the birth month of the Holy Prophet of Islam Muhammad SAWA and obviously a lot of gatherings of merry makings should be expected and are not in any way course for any alarm. The Islamic da’awah activities championed by various Islamic groups during this month of Rabi’ul Awwal and the one after it are peaceful and rewarding spiritually.
“We also condemn the recklessness of the CP in joining his boss the IG to distance us from Islam. It is outright hate speech, a display of extremism and act of impersonation unfortunately displayed by the police. It is also an act of religious profiling, that can lead to discriminatory treatment and phobia against us as a sector of the Nigerian society on the ground of our religious belief.
“We wish to remind the police command that it is indubitably clear that the fundamental human rights guaranteed by The Constitution and the African Charter Act are not for the exclusive preserve of the bourgeoisie but for the enjoyment of all Nigerian citizens.
“We implore the Yobe state CP to remember that Sokoto state police command made a similar outrageous claim of the Islamic Movement moving its headquarters to Sokoto in 2016, but it became a laughing stock when it proved that there is no inkling of anything of that sort happening. One wonders who the Yobe State CP is trying to please, perhaps he may be looking for cheap popularity by his scandalous statements.”