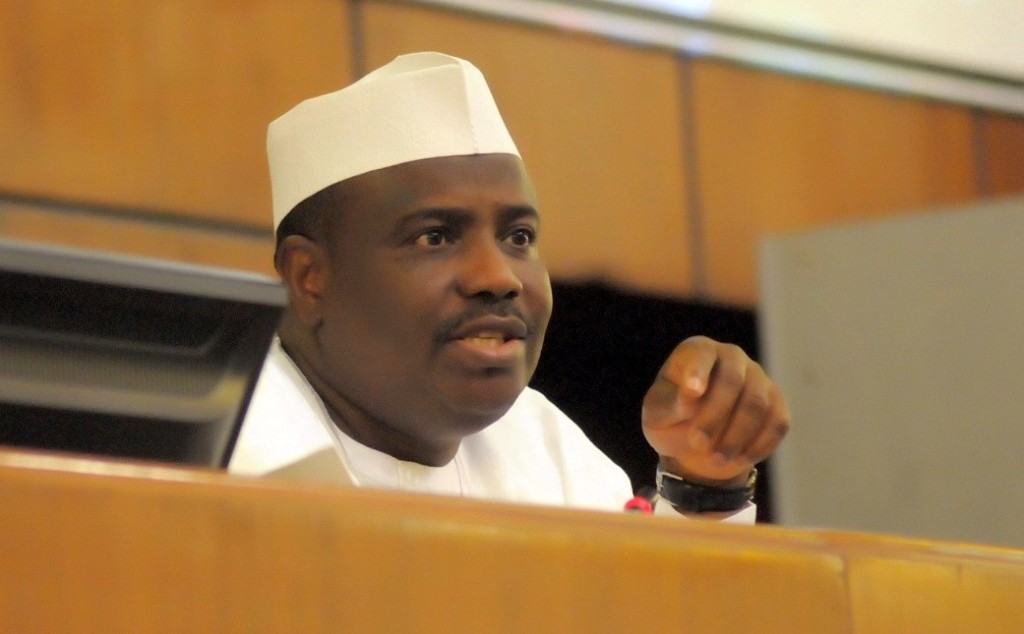 The Speaker of the House of Representatives, Alhaji Aminu Tambuwal, was on Monday among top politicians that attended an All Progressives Congress stakeholders meeting summoned by Governor Aliyu Wamakko of Sokoto State in Sokoto.
While Tambuwal belongs to the Peoples Democratic Party, Wamakko is a member of the APC.
A statement by the Special Adviser to the Speaker on Media and Public Affairs, Malam Imam Imam, on Monday, said the speaker attended the APC meeting meeting on the invitation of the state governor to discuss the political future of the state.
Imam said the meeting was attended by prominent Sokoto citizens, “many of who have no known political affiliation.
“The most notable being the Sardauna of Sokoto and former Minister of Finance, Alhaji Abubakar Alhaji.”
He said that consultations on the speaker’s political future continued and the outcome would be publicised at the appropriate time.
Imam said that the Chairman of the Board of Trustees of the PDP, Chief Tony Anenih, had led other members of the party to a reconciliation meeting in Sokoto but Tambuwal was not invited.
He said the speaker was a member of the party’s National Executive Council by virtue of his position.
Adressing the APC meeting, Wamakko said the active support received from members of the National Assembly, the 27 members of the state assembly and the 23 local government chairmen was responsible for the party’s growth in the state.
He tasked the stakeholders to come out with responsible candidates that would seek elective positions of various offices ahead of 2015 general elections.
“I have no candidate but ready to support any candidate that the stakeholders of our party present,” he said.
He called on the stakeholders to play responsible politics that would ensure the emergency of acceptable candidates.
He also called for more unity among the faithful members for the success of the party.
He said that time had come for the party to present its candidates to the electorate.
Wamakko said that the party would ensure the wishes and aspiration of the electorate were respected as no candidate would be forced on the party.
He said: “I am ready to support any candidate presented by our party stakeholders as your wishes will be supported.”
Wamakko called on the party members to play responsible politics without bitterness for the overall development of the party.
“We must realise as progressives that seeking elective positions must not to be seen as a do or die affair,” he said.
He said that the task before the party was to work towards winning all elective positions in the forth coming general elections.
He said this would only be possible “if we collectively present credible and valuable candidates to the electorate”.
Senator Umaru Dahiru, Senator Ibrahim Gobir, some members of the National Assembly from the state and the Speaker of the state House of Assembly, Lawali Zaiyana, attended the meeting.