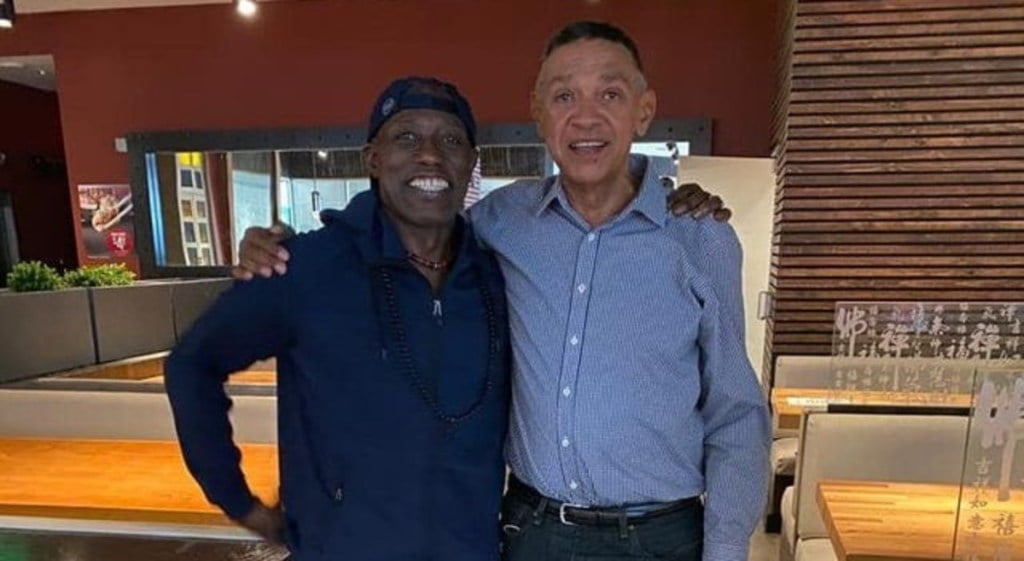 A viral video of a former Senator, Ben Murray-Bruce, and American actor, Wesley Snipes, teasing each other has been trending on social media.

In the video, Murray-Bruce and Wesley were seen having a nice time in what seem like a roof top.

Wesley said: “First of all, bawo ni (how are you).

“I want to say, to all of you that are Nigerians, hello I am glad to see you, I know you can’t see me but I can see you.

“I am here with my friend, Brother B.

“He is a wonderful man and I want you to vote for him in whatever he is doing.

“Listen to Ikemba 1 of Anambra State.

“Don’t you forget that my tree is there and I don’t want you doing anything around my tree.

“Brother B, we are going to do great things in all the continents of Africa.”

In response Murray-Bruce said they are going to do great things in the entire world.

Then Wesley asked the former Senator if he was scared, to which he answered yes.

Wesley also made some funny comments, which made Murray-Bruce cover his (Wesley) mouth playfully with his hand.

Then the former Senator said they both have so many things in store, noting that some announcements will soon be made.

Wesley also said the former Senator will have a royal bath and in response, Murray-Bruce confirmed that he is single and needed a royal bath.

Meanwhile, a few days ago, the former Senator broke the news in a Twitter post that his partnership with Wesley will inspire the production of “great movies.”

Murray-Bruce also described the collaboration with the “Coming 2 America” star as phenomenal, adding that it would birth fresh synergy between the two movie industries.

His tweeted: “In Los Angeles with Wesley Snipes, @wesleysnipes, star of Coming 2 America and other blockbusters.

“This is phenomenal and will be a big one for Hollywood and Nollywood.”