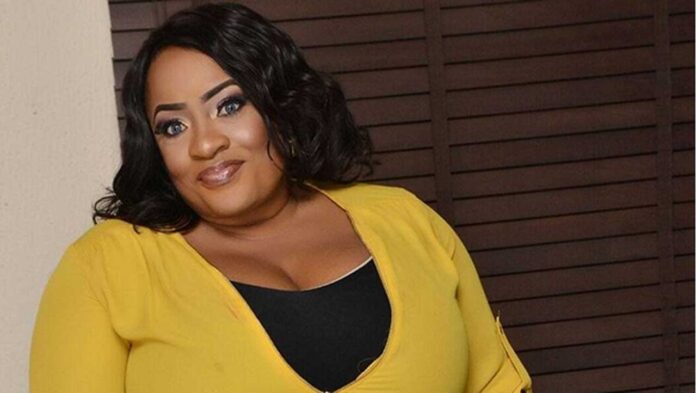 Prominent Nollywood actress, Foluke Daramola, has debunked rumours of her untimely death.
The actress made this known via her Instagram page, where she shared a video to buttress her point.
In the video, Daramola, who was not happy over the widespread news, placed a curse on those spreading the rumour that she had died.
She said: “Hi guys, how are you all doing. I do not know where people are getting the impression that I have died. I do not know who died o.
“It is my enemies that will die. It is their family and everybody that wishes me dead that will die.
“I, Foluke Daramola is not dead.
“I am living to the glory of God. So whoever is telling you such gist, just tell them to get the f… off because there is nothing like that.
“Whoever is carrying such stupid gist should be sued…they should stop it immediately. I am hale and healthy, I am alive.”
The actress made her acting debut in a TV series, titled: “Palace,” in 1998 and has gone on to feature in many movies too numerous to mention.
She was nominated for Africa Movie Academy Award for Best Actress in a supporting Role in 2013.
Daramola is happily married to Olukayode Salako and their union is blessed with lovely children.