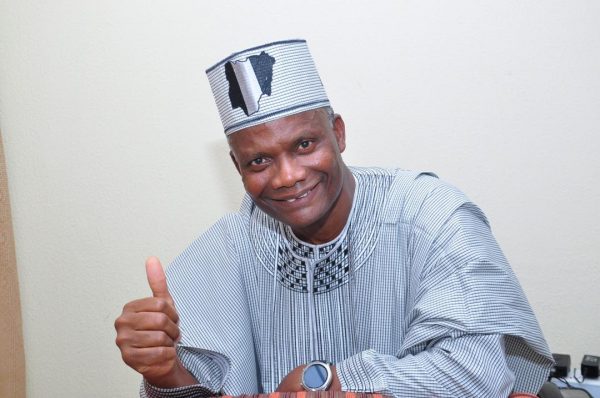 The operations of the Economic and Financial Crimes Commission and the Independent Corrupt Practices and other related offences Commission would be collapsed into a reformed Police service to be established under the watch of the presidential candidate of Accord Party, Isaac Babatunde Ositelu.
According to the Accord Party flag bearer, the radical restructuring of the internal security apparatus of the country would give birth to an efficient and effective police service that would be technology driven and people oriented.
He said the reformed Police service would be made accountable, decent, responsive and responsible to the Nigerian nation and not to the few elites who seemed to undermine the discipline required in the police as an institution of the state.
In a statement released to the media on Saturday, Ositelu said when he is voted into office as the next President and Commander-in-Chief of the Armed Forces of the Federal Republic of Nigeria, his government would embark on effective and efficient management of the nation’s resources.
He said the cost of governance would be significantly reduced under his watch.
While saying that the executive arm of government would lead by example, he said the cost cutting initiative will include the streamlining of the security agencies involved in the management of corruption and fraud.
Ositelu said emphatically that his government would scrap the EFCC and ICPC and strengthen the Nigeria Police Force to perform its constitutional responsibilities of curbing crimes and criminalities.
Justifying the need for the harmonisation of the work of the EFCC and ICPC with that of the Police, he said the creation of these agencies had led to needless envy, corruption and even insubordination among the rank and file deployed from the Police to EFCC and ICPC, which are considered “juicy” agency to work for because of the special incentives available to the operatives.
Rather than create room for animosity among the security operatives, Ositelu said a well incentivised Police will live up to its responsibility of curbing criminalities across the country.
He pondered if the Special Fraud Unit of the Police cannot effectively and efficiently carry out its legal mandates if properly mobilised.
According to him, the Police would be given all the needed supports in its human capital development to enable it come out sharper and materially ready to tackle the menace of crimes and criminality in the public and private institutions across the country.
The party standard bearer said the reformed Police will be restructured into a police service that would be intelligent driven.
He stressed that the move would consequently make the police service a collective responsibility of the citizens and other state apparatus for a better society.
He posited as well that by creating a police service with infallible national crime database, the call for community policing would be seamlessly persuasive and integrated into the nation’s internal security architecture.
According to Ositelu, this is the panacea for achieving drastic reduction in criminal activities.
Speaking also on the planned far-reaching revitalisation of the education sector, he said that the retooling of the nation’s education sector would make the unionisation of the institutions less attractive to the academic staff of the nation’s citadel of learning. According to him, market driven forces would incentivise the academic staff to focus more attention on research based commitments to the institutions.
Taken aback at a recent revelation that the tertiary institutions in Nigeria had been on a cumulative four years strike since 1999 to 2018, he said no nation can afford such luxury of wastefulness in its human capital development schedule.
Noting the needless disruptions to the education sector, going by the incessant strikes arising from disputes between the federal and state governments, he said Nigeria would derive more benefits from strategic restructuring of its education sector.
Drawing a parallel from the incentives available to the tertiary institutions in America and other developed nations, he said the higher institutions of learning in Nigeria would be made true centres of learning that would serve as the pillar of support for commerce and industry.
On the source of funding for the institutions, since he planned to make them less dependent on statutory allocations, the presidential candidate of Accord Party said the schools would be refocused to produce quality research works that the private sector would be interested in buying.
Aside from attracting private sector funding for research experiences, Ositelu said the schools can also market some of their unique products that compete with international best offers.