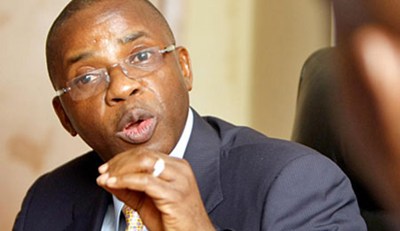 A former governor of Imo State, Ikedi Ohakim, has said he will probe the Administration of Governor Rochas Okorocha, if he returns as governor.
Ohakim, who spoke at the launch of his campaign on Friday, said he would ensure that Okorocha “refunds every kobo he appropriated from the state treasury”.
Ohakim, who was governor of the state between 2007 and 2011, declared his intention to contest the governorship of the state on the platform of the All Progressives Grand Alliance.
He said at the rally: “I am the only former governor of the state that is still electable and who has the capacity to fix Imo.
“I handed over N26.6 billion to Rochas Okorocha in 2011.
“If I am re-elected in 2019, I will use all democratic means to make sure that Imo fund is recovered.
“I will retrieve Imo Eastern Palm University and make it the Orlu campus of the Imo State University.
“Okorocha has turned Imo to a monarchical place where a father-in-law wants to handover to his son-in-law.
“I know what was where in Government House in 2011.
“I have the experience to repair Imo.
“No matter what it takes, I shall bring back Eke-Ukwu Owerri if I become governor in 2019.
“I will bring back tricycles in Owerri.
“I have sworn to an affidavit of assurance to Imo people and I shall use the last drop of my blood to serve Imo people.”