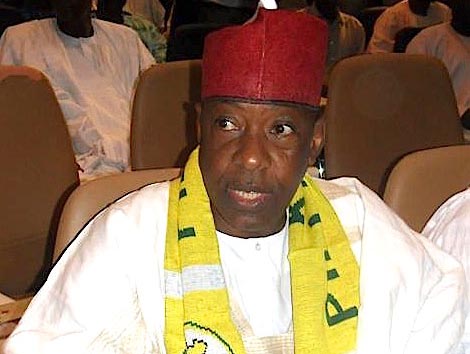 The sacked Chairman of the Board of Kano Pillars, Alhaji Abdullahi Abba-Yola, has watered down his ouster as the club’s boss but instead showed appreciation to the Governor of Kano State, Rabiu Musa Kwankwaso, for giving him the opportunity to serve the state through the club.
The former National Sports Commission top official however gave a detailed reaction to his purported sack.
Abba-Yola said: “The news of the dissolution of the Kano pillars football club board that I served as the chairman today in Kano to me did not come as a surprise but rather I will thank the State governor Engineer Rabiu Musa Kwankwaso for given us the opportunity to serve the State.
“I see it as a call to higher responsibility as I will ever be ready to serve my state and the nation at any given time. But to put the record straight though I will not like to join issues with those that made the announcement, the record of our performance within the period we served is there for all to see, winning the league shield as well as maintaining the club’s position in the nation soccer scene is one thing that we were mandated to do and such we have achieved.
“We were able to open a new door of sponsorship for the club with our deals with telecommunication giant Globacom worth millions of Naira as well as signing a Memorandum of Understanding for sponsorship for Kano Pillars in services, cash and kind .This gave rise to Gsports to bring in Kappa to kit the club running into millions of Naira.
“This will benefit the club greatly in its quest to gain financial independent an area the sports loving governor did emphasize on.
“The events that led to our participation in the CAF Championships on both away and home legs is better imagined than said as well as prudent management of finances by the management.At the right time Nigerians will know who said what and did what.
“At no level, did we as a board not acted responsibly to the supervising ministry or government authority that we were answerable to.
“On my part as the leader of the board we gave in our best and we will allow posterity to do the judgment on any wrong doings as claimed in the reason for the dissolution of the board.
“The people of Kano and all supporters of the club should continue to give their unflinching support to the club.
“I personally congratulate the new board and wish the club the best in all their entire endeavour.”