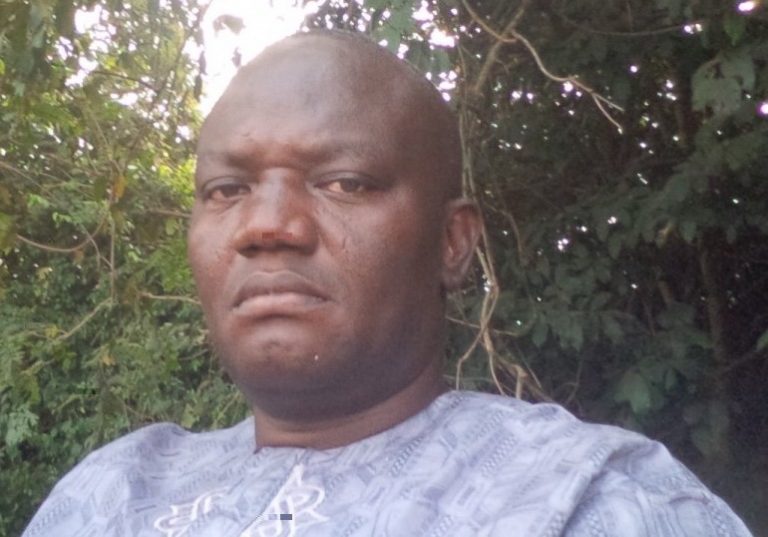 At last, Osun State College of Education, Ilesa has been upgraded to a full-fledged University of Education.

The approval was announced by the Osun State Governor, Alhaji Adegboyega Oyetola, recently.

Well, let it be on record that Governor Oyetola has by this singular act done wonderfully well. Founded almost five decades ago, through a law (Edict) signed on December 1, 1977, by the Brigadier David Jemibewon-led administration, and being the first College of Education in the old Oyo State, the upgrade of the-then Oyo State College of Education, Ilesa to a university is not only well-deserved and long overdue but also a prudent political response to the people’s yearnings. Far from being a political move, OSCOED has made a name for itself. Therefore, that it was upgraded to a university with a clear speciality has again shown the kind of premium the Oyetola-led administration places on education in Osun State. For the avoidance of doubt, it’s also a response to the people’s institutional capacity requirement in Osun but, of course, specifically, in Ijesaland! Indeed, these are important factors which the governor’s traducers will always want to recklessly gloss over.

If we may ask, what does the PDP want from Governor Oyetola regarding OSCOED? To reverse this laudable step taken in favour of education, particularly, in Ijesaland, a land also renowned for its ancient military prowess, agricultural ingenuity and modern commercial innovativeness? Well, maybe the naysayers have forgotten that the Teacher College was initially affiliated to the prestigious University of Ibadan until October 1985, when it “transferred” its allegiance to Obafemi Awolowo University, Ile-Ife! Maybe they have also forgotten that the University of Affiliation “has been responsible for the academic moderation and quality control” of the now-upgraded College! Maybe they have forgotten that, even as we speak, OSCOED remains among the top 20 Teacher Colleges in Nigeria, and that it can boast of not only imposing, modern architectural edifices which dot its landscape but also first-rate academic and administrative staff!

When University of Ife (now Obafemi Awolowo University, Ile Ife) was established in 1961, the goal at the time was to create a world-class institution that would drop the toga of colonialism, accommodate indigenous knowledge acquisition approach; and, above all, outshine University of Ibadan, bequeathed to us by the British.

As we well know, Ijesas, by nature, value education and they place a high premium on their children’s education. That has become a non-ambiguous norm and preference of their Ijesaness and there is nothing anybody can do about it! Perhaps the more reason they will never forgive the late Bola Ige for not doing the needful while he held sway as governor of the old Oyo State. Had he upgraded the College at the time, the matter would have long been rested. Sadder still, I doubt if the sub-ethnic group has forgiven the late Deputy Leader of Afenifere for his inability to create another “University of Ife” in Ijesaland. The Cicero of Esa Oke missed that excellent opportunity and the people are yet to get over that unforgettable pass.

For a fact, it is nauseatingly embarrassing that some people would advance adverse criticisms against a process that’s not only in national interest but also a project on which the governor has undertaken a feasibility assessment and how the carefully-planned process would “meet educational challenges and the future needs of the state in terms of need for professional teachers.” Unfortunately, the core room of the opposition, presently, is Ede, Osun State. When the chips are down, Ilesa is likely to feel slighted and … short-changed. Even so, government need not feel disturbed about naysayers.

For all we care, since the psychology of the opposition is that of a drowning man grasping at straws, to say that that’s not what the PDP is going through, especially, as Osun governorship election is drawing nearer, is to be economical with the truth. What’s more? Technically speaking, Nigeria’s major opposition party is yet to have a candidate for the July 16, 2022 exercise. Till date, the controversy surrounding its candidate remains a bad baggage. So, it cannot but be agitated. That’s the truth! Besides, we are in Nigeria and we will always find individuals indulging in crass criticism. Not that they have something better to offer; it’s because they will always criticise, just for the sake of criticism. However, it is advisable the party tames the principalities and powers troubling its destiny before nosing, lazily, into another party’s internal affairs.

PDP’s excuse that KPMG’s involvement is for ‘charging five per cent of the entire project cost’ as well as ‘creating an avenue to siphon money out of’ Osun has again demonstrated the limitation of the opposition’s knowledge, level of understanding and exposure in life. Otherwise, it’d have known that upgrading a foremost institution of OSCOED’s stature and status to a university is serious business. More than the creation of a university, it is a process that requires fiscal planning and discipline. Beyond being an avenue for corruption centre is its sustenance and survival. In other words, announcing the upgrade, as it were, is as important as sustaining the structure. So, it is a business for serious-minded people! Finally on this, OSCOED has been upgraded to a university; and Ijesas as a whole are happy. So, what’s all the fuss about?

While commending Oyetola’s administration for the bold step of enhancing the image of Ijesaland, more still need to be done; and more can still be achieved! All over the world, universities are established, not merely to beautify the geographical topography of the society. Rather, their existence is to engage in a symbiotic relationship with the society. To this extent, the nature of the relationship between the gown and the town in this project must be of mutual benefit: the business world must benefit from the developed economic and commerce ideas from the university, while the university enjoys research grants and largesse donations from the corporate organisations.

Without being economical with the truth, most universities abroad, these days, strive to survive on their own. Government subventions have become a secondary source of income. That’s the trend globally! Apart from what comes from the alumni associations and Internally Generated Revenue (IGR), the interlink between the university and the business world is such that the former sells ideas to the latter and the latter pays the former handsomely for its services. In some climes also, professors’ success stories are measured by the achievements of their students. Sad that these are some of the areas which have not yet been seriously explored in Nigeria!

Taken together, history will be kind to Ilesa Varsity if it can keep a digital tab on its graduates. How do I mean? It must be seen to be integrating into, and impacting positively on the society. Broadly speaking, it must not be seen as only appearing on the geographical landscape of Ijesaland but also changing the topographical outlook of this “homeland we chose.” After all, but for American politics which has succeeded in limiting the capacity of IITA, the Research-for-Development (R4D) organisation would have transformed Ibadan in Oyo State into an agricultural Eldorado.

Take it or leave it: a university environment that is supposedly blessed with the best of professors in architecture and engineering but overtaken by erosion can be likened to a Kaduna State that is about the most militarily fortified in the country but now home to terrorists and armed banditry.

May the Lamb of God, who takes away the sin of the world, grant us peace in Osun State!