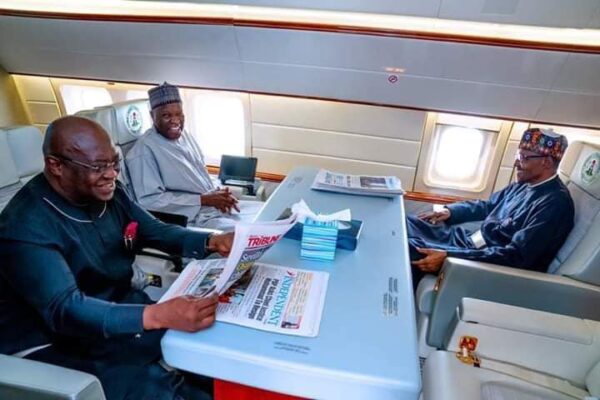 Governor Okezie Ikpeazu of Abia State will be addressing the world on the need to support the Enyimba Economic City project at the maiden UK-Africa Investment Summit in London, United Kingdom.
Governor Ikpeazu, who has already left the country, is part of the Nigerian delegation accompanying President Muhammadu Buhari to the Summit slated for January 20, 2920.
The British Prime Minister, Boris Johnson, will be hosting African leaders, including International Business Chief Executives and Heads of International Organizations, to create new partnerships that will deliver more investments and jobs to the benefit of people and businesses in African countries and the UK.
Ikpeazu, as the initiator of the Enyimba Economic City project, will speak to selected potential investors on the invitation of the Department for International Development on the need to key into the project situated in Aba.
Recall that in November 2019, Governor Ikpeazu secured the nod of the African Development Bank, private investors and other multilateral financial institutions for the investment of $430 million to fast track the development of the first phase of Enyimba Economic City project at the Africa Investment Forum held in Johannesburg, South Africa.
The city is a proposed free-trade zone, with independent business registry, labour law, banking regulations and more, located on over 9,500 hectares of land in the oil producing communities of Abia State, between Aba and Port Harcourt.
Recall also that many participants at the South African forum agreed that ECC is a project worthy of their commitment and demonstrated their willingness to invest in the City.
Although the project is private-led, stakeholders include the local community, Abia State Government and the Federal Government.