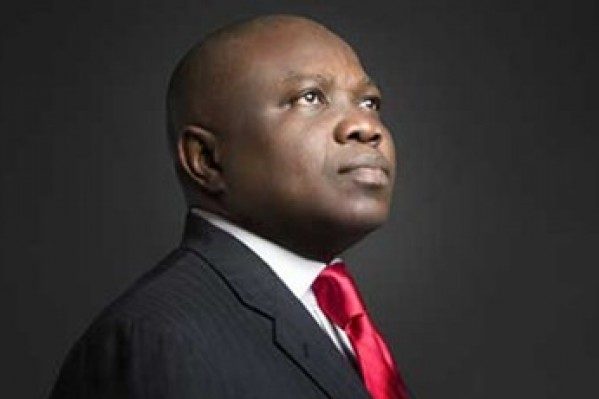 Share
Facebook Twitter LinkedIn Pinterest Email
Eminent leaders and traditional rulers of Ikorodu Division have welcomed the move by the Lagos State Government to site a shopping mall and a theatre at the current underutilized site of Ikorodu Local Government located at T.O.S. Benson Road, Ikorodu.
Rising from a meeting, the leaders specifically debunked claims in a media report suggesting that they were not in support of the plan, and instead commended the State Governor, Akinwunmi Ambode, for his decision to embark on the projects in the area.
The leaders included former Lagos State Deputy Governor, Prince Abiodun Ogunleye; Ayangburen of Ikorodu, Oba Kabiru Adewale Shotobi; Lagos State Vice Chairman of the All Progressives Congress in charge of the East, Chief Kaoli Olusanya; former Secretaries to the State Government – Chief Funmi Bashorun and Princess Adenrele Ogunsanya; Chairman, Council of Baales, Ikorodu District, Chief Muftau Jimoh Odusoga; and the Chairman of Ikorodu Community Development Council, Alhaji Lukman Shonibare.
Speaking on the development, Ogunleye praised Governor Ambode for his foresight, saying that the projects would create an efficient and more optimal use of the current site of the Ikorodu Local Government Secretariat which, since the creation of five Local Council Development Areas out of the erstwhile monolithic council, had been largely under-utilised and inefficiently managed.
According to him, the new projects would create a viable socio-economic life in the town and enhance its contribution to the State’s Gross Domestic Product, adding that more employment opportunities would be created for the youths through the projects.
He recalled that a stakeholders’ meeting was held at the Ikorodu Town Hall in 2017 where everyone was invited and the proposed projects were presented to the people, insisting that there was no iota of truth in the report that the people were against the projects.
“It was at the meeting that Ikorodu people approved that the shopping mall should be sited where the Council Secretariat is,” Ogunleye clarified.
On his part, Oba Shotobi, who recently led a team of his Chiefs to the temporary location of the council at Lagos Road, Ikorodu, lauded the State Governor for the initiative, adding that the proposed projects would turn-around the economic potentials of Ikorodu Division.
The monarch, who refuted the allegation that the current site of the land had been sold, said he would never be part of such deal, saying: “I can never compromise the future of Ikorodu.
“Basically, economic development is the main reason why we are vacating the present location of the council.”
Also speaking, Olusanya said with the influx of people into Ikorodu now, there was the need for such projects as a shopping mall and a theatre where various investors, entrepreneurs and practitioners in the entertainment industry could operate.
He added that it was normal for re-allocations of land resources in an urban development plan, pointing out that the proposed projects were in line with the regional Master Plan of Lagos State.
Chief Odusoga, while pledging the support of the entire Baales in the Ikorodu District to the projects, thanked the Governor for his efforts toward the development of Ikorodu.
The Ibile Holdings, the investment arm of the Lagos State Government, is the facilitator of the new investment to be sited at the current location of the Ikorodu Local Government.
Under the arrangement, new blocks of offices will be constructed opposite the Post Office at Oriwu Road, Ikorodu, for the Local Government Council as its permanent secretariat.
Akinwunmi Ambode Benson Road Ikorodu Ikorodu Division Lagos State
Share. Facebook Twitter Pinterest LinkedIn Tumblr Telegram Email