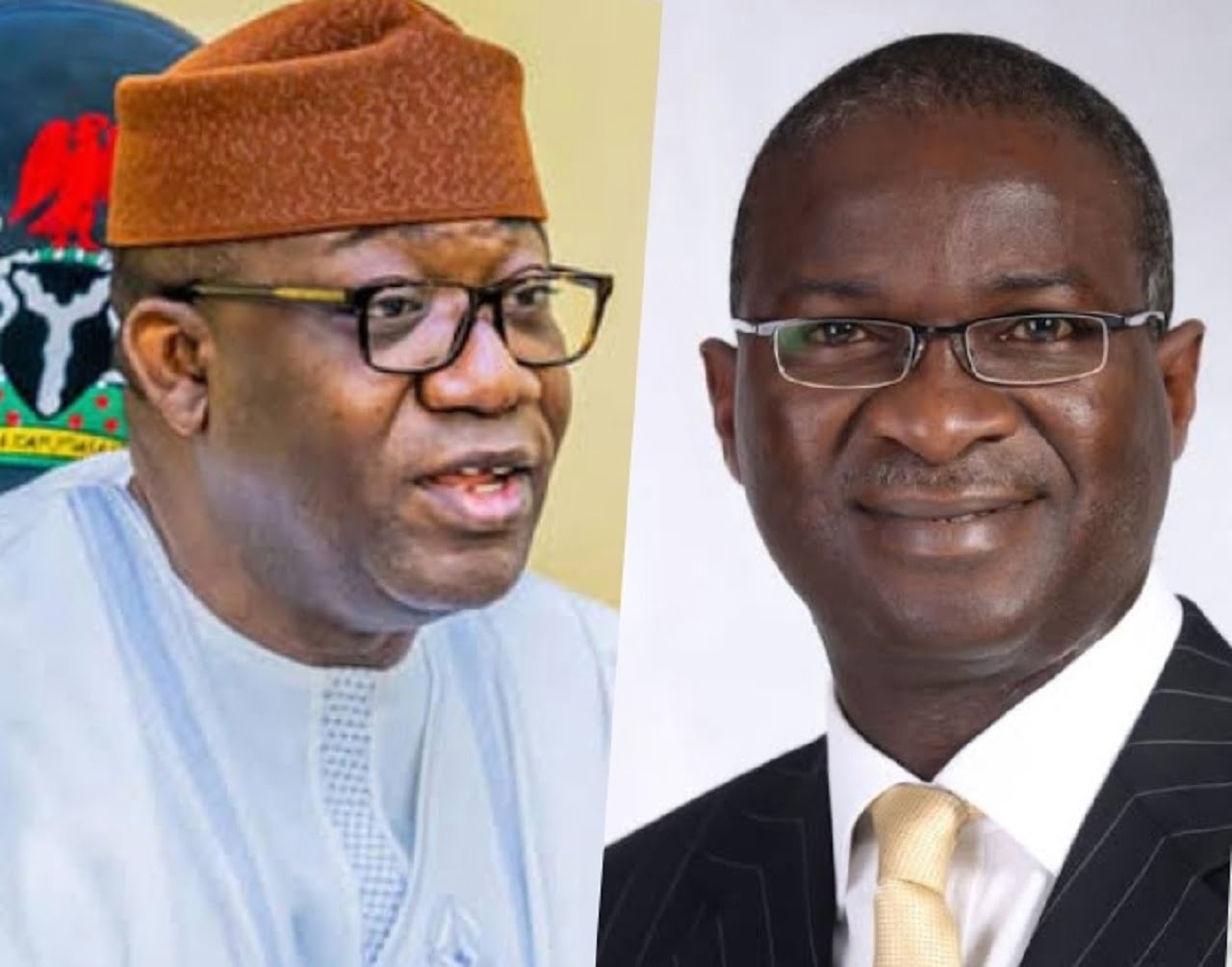 The Ekiti State Governor, Dr. Kayode Fayemi, has reacted to the recent visit by the Minister of State for Works and Housing, Prince Ademola Adegoroye to the State and commented on the travails he has been facing on the abandoned Ikere-Akure Road.

Fayemi recounted: “I have spent the last three years on the subject of this road.

“Finally got them to award the dualisation in November 2019 at the cost of N30b. To date, the contractor has only received N2b. I then got money from the AfDB for the road through Adesina and the FG refused to cede the road to Ondo and Ekiti State and threatened us that there will be no refund if we went ahead and tampered with their road. In the end, we transferred the money to them and even helped them follow up with AfDB.

“Up till now, they can’t access the money because they have refused to follow AfDB procurement standards.

“After that, I got them to put in Sukuk money but the contractor has not been able to access this. We are now pursuing NNPC to include the road in their new tax credit roads they are funding but we are still on it.

“There’s no month Fashola and I have not spoken about this road for the past three years. It has even caused friction between the two of us. If we had been given clearance to do the road and toll it, we offered to do that but the FG refused.

“I wish Demola luck on his new venture. Senator Alasoadura did the same and even cried at FEC on account  of the road. Maybe he will succeed where we have not.”