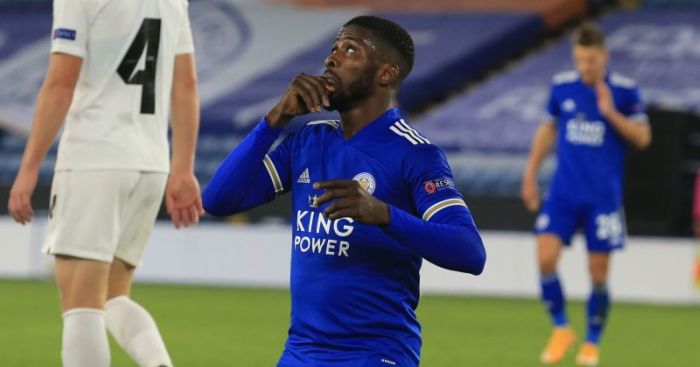 Kelechi Iheanacho is in the running to win Leicester City’s Goal of the Month prize for February 2021, with the official website of the Foxes listing the in-form Nigeria national teamer among the nominees.

Iheanacho’s strike against Fulham is on the seven-goal shortlist for the monthly accolade, alongside goals from first team stars James Justin, Harvey Barnes, James Maddison and Youri Tielemans.

Against Fulham, Iheanacho celebrated his first goal in the Premier League this season in the 17th minute.

The former Manchester City attacker nodded Leicester City in front after a delicious cross from Maddison on the right.

Iheanacho took his goal involvement to 10 (seven scored, three assisted) for the season when he opened the scoring in the Foxes’ 2-1 win at Brighton & Hove on March 6.