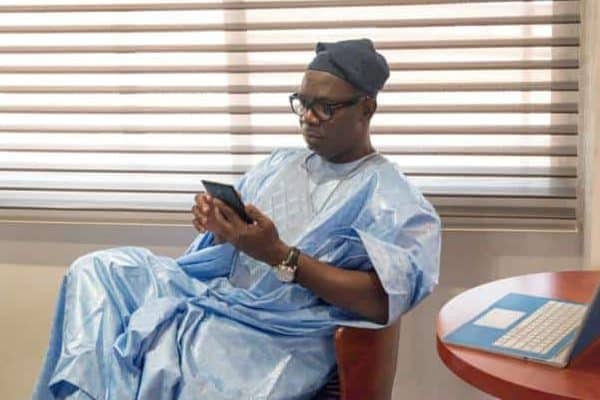 The Inspector General of Police, Mohammed Adamu, has ordered the Commissioner of Police in Ondo State, Bolaji Salami, to restore the security details of the state’s Deputy Governor, Hon. Agboola Ajayi, with the immediate effect.

The IGP’s directive was contained in a memo addressed to the CP through the Deputy Inspector General of Police, Operations, Force headquarters Abuja on Monday.

The News Agency of Nigeria reports that men of the Nigeria Police attached to Ajayi were withdrawn after he had defected to the Peoples Democratic Party from the ruling All Progressives Congress.

Ajayi had last Wednesday cried out that his life was in danger when policemen attached to his office were withdrawn on the orders of the Commissioner of Police in the state.

The memo, with Ref. No: CB: 2002/DOPS/FHQ/ABJ/VOL/77/168, was signed on behalf of the IGP by Austine Agbonlahor, Assistant Inspector-General of Police.

Ajayi, who accused Salami of working on the instructions of Governor Oluwarotimi Akeredolu to withdraw the officers, had for a while been having a running battle with him.

Ajayi had engaged in a confrontation with the police at the Government House following the alleged refusal of the latter to allow him to leave the premises allegedly on the orders of the governor.

Meanwhile, the Deputy Governor had in a statement released by his Media Aide, Babatope Okeowo, lauded the integrity and courage displayed by the majority of the lawmakers for shunning all entreaties, inducement and intimidation to impeach him.

The statement also urged lawmakers to also shun another latest plan to move the next meeting of the impeachment plot to a private hotel in Akure.

Ajayi called on the security agents and the people of the state to be vigilant of this latest moves by the governor to illegally remove him at all cost for no other reason than the exercise of his constitutional right of freedom of association.