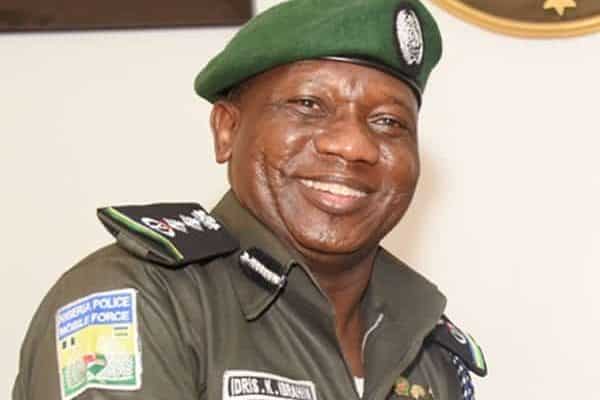 The Inspector General of Police, Ibrahim Idris, on Monday in Kano, inaugurated a Technical Intelligence Unit at the Kano State Command as part of renewed effort to curb crimes in the country.
Speaking at the occasion, Idris said that the facility, code named ‘COBWEB Solutions Intelligence Platform’ was established to enhance the  Nigeria Police capacity for effective and responsiveness in the art of policing.
He said: “We are going to train our officers in the area of technical intelligence to enhance their capacity to address the intelligence challenges we are having in the country.
“The TIU in Kano for North West Zone, will aid police efficiency, effectiveness and their capacity to detect crime.”
Idris called on police commands in the zone to utilize the opportunity provided by the four technical intelligence platforms in Abuja, Lagos, Owerri and Kano to boost policing.
He said: “I will not relent on my efforts to ensure that the challenges of crime faced in the country, be it kidnapping, armed robbery, militancy and terrorism among others will soon be resolved with the use of TIU.
“The technical intelligence unit in line with international best practices will link all state police commands with technical intelligence COBWEB platform as soon as funds are made available.”
Idris said that the  fight against insurgency, kidnapping, armed robbery, cattle rustling and other heinous crimes had systematically been won by 70 per cent.
He said that thousands of arms and ammunition have been recovered therefore making it difficult for criminals to access illegal arms for their criminal activities.
Idris said: “These achievements would not have been possible without the use of technical intelligence unit in Abuja managed by the Special Intelligence and Tactical Response teams.
“I have kept faith with the promise despite efforts at various quarters to distract me. Nigeria Police have recorded breakthroughs in crime prevention, detection, and prosecution among others.”
The IG assured Nigerians that the Police was doing everything possible to protect lives and properties in the country.
He appealed to Nigerians to be patient with the Police saying they are doing everything possible to tackle the challenges.
Speaking, the Commissioner of Police, Kano State command, Rabiu Yusuf, commended the Inspector General of Police for making the command  one of the pilot states for the project.
He said the unit was saddled with the responsibilities of detecting and tracking down hoodlums as well as unfolding their heinous agenda.
Yusuf said: “The tracking system will reduce crime and criminality in the state, with a view to boosting economic activities.
In his remarks, Governor Abdullahi Ganduje of Kano State, represented by the Secretary to the State Government, Alhaji Usman Alhaji, expressed gratitude to the IGP for establishing the facility in Kano.
Ganduje said that establishing the unit in Kano, which is a mega city, would improve commercial activities and reduce the rate of crime in the state.