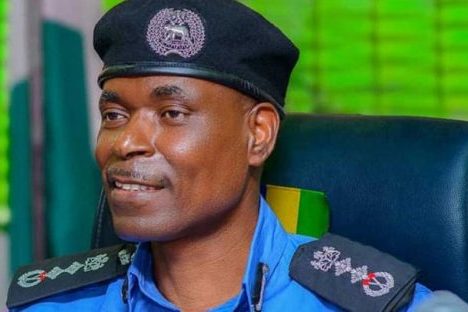 Six of the remaining 19 AIGs will also be swept away this year between March and October, in a gale of retirements which will also affect some Commissioners of Police.

Adamu is expected to retire alongside the DIGs in charge of Logistics and Supplies, Aminchi Baraya; Directorate of Intelligence and former Chairman of the Economic and Financial Crimes Commission, Ibrahim Lamorde; and Nkpa Inakwu, who is among the five officers elevated to the rank in December 2020, but was not assigned a portfolio due to his ill-health.

The development has created suspense and anxiety at the Louis Edet House Police headquarters in Abuja as the tussle of who succeeds the outgoing IGP enters Zero Hour, amidst reports of intensified lobby to extend his tenure.

Speculations are, however, rife on attempts by some political hawks to mount pressure on the Police Service Commission to accelerate its next conventional meeting during which it takes far reaching decisions concerning Senior Police Officers, including discipline and promotions.

CP Dasuki, who is number two in seniority on the staff list among the 97 Commissioners of Police currently in service, is expected to be a beneficiary of the next promotion to the rank of AIG.

Reports said he has already been deployed to the Force CID Annex, Lagos as acting AIG ahead of his anticipated elevation to the substantive rank at the forthcoming PSC meeting.

The unconfirmed pressure on the PSC to hasten its next sitting, according to reliable security sources, stemmed from desperation by some power brokers desirous of sustaining the status quo to ensure their preferred candidates for the plum job scaled the hurdles prescribed by the amended Police Act 2020, which was signed into law by President Muhammadu Buhari on September 17, 2020.

Specifically, the new Police Act provided among others that a person to be appointed IGP shall be a senior police officer not below the rank of an Assistant Inspector General of Police, with the requisite academic qualification of not less than a first degree or its equivalent in addition to professional and managerial experience.

Part 111 Section 7 (6) of the Act, which repealed the Police Act Cap. P19, Laws of the Federation of Nigeria, 2004, prescribed a four-year single tenure for a person appointed to the office of the IGP subject to the provisions of clause 18 (8), which stipulates that every police officer shall, on recruitment or appointment, serve in the Nigeria Police Force for a period of 35 years or until he attains the age of 60 years, whichever is earlier.

Though there were initial fears as to whether a judgment of the Court of Appeal delivered last year on a legal contest bothering on the mandate between the PSC and the IGP would temporarily hamper implementation of the Police Act 2020, legal experts have clarified that it only nullified a part of the Act related to the mandate of the PSC.

Checks by Sunday Sun indicated that going by the provisions of the Police Act 2020, all the three DIGs and two AIGs in the race for the office of IGP have been caught in the web of the hurdles as none of them has four more years left in the service – a statutory prerequisite for eligibility.

While DIG Sanusi Lemu is scheduled to quit the police force on January 30, 2023, DIG Usman Baba and DIG Dan-Mallam Mohammed will bow out on March 1, 2023 and December 18, 2023 respectively.

In the same vein, chances of the two AIGs reportedly eyeing the top job are also encumbered by their dates of retirement, which fell short of the provisions in the new Police Act for the tenure of an appointee to the office of IGP.

Interestingly, only one among the 29 AIGs who are general duty officers currently in service is not cramped by any provision of the Police Act 2020, but feelers indicated he has an unofficial hurdle of political undercurrents to contend with.

Born on June 1, 1970, AIG Moses Jitoboh, who hails from the southern flank of the country, still has nine years in service, but he is not among the names peddled as front liners for the position of IGP.

An alumnus of NIPSS, Jitoboh is currently the acting DIG in charge of Research and Planning, and was until his recent deployment, the AIG Border Patrol Unit.

A multiple degree holder and PhD candidate in Geographical Information System at the Graduate School of Abia State University, he was at a time AIG in charge of Zone 8 Police Command as well as Commissioner of Police, Adamawa State Police Command, among others.

In the meantime, the only senior police officer of northern extraction who is not entangled by the provisions of the Police Act is Dasuki Galadanchi, a Commissioner of Police who is due to retire on March 3, 2025.

His only snag, however, is that he is yet to attain the approved rank of AIG to be eligible for appointment as IGP.

This, according to sources in the security circle, might have propelled the speculated push for the PSC to hold its conventional meeting soon to brighten his chances in what appears to be a game of luck and the determination of Police Council, headed by President Buhari, to uphold the tenets of the Constitution and the rule of law.