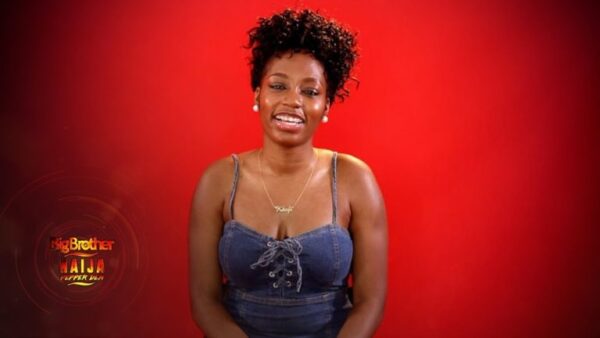 Reality star, Khafi Kareem, has urged fans to accept themselves and ignore the tactics of online bullies to maintain their mental health.
The News Agency of Nigeria reports that Khafi, former BBNaija Season Four housemate, said this at a panel discussion for the ongoing Social Media Week.
The panel, which tackled social media bullying, was tagged: “How to be human: Social media is supposed to be fun.”
NAN recalls that during the 2019 BBNaija show, Khafi was trolled online for her romantic relationship with fiancé, Gedoni.
The two started their relationship in the show and were thought to have had sex, which they have both denied.
Gedoni, a fashion designer and Khafi, an actress and singer, got engaged in December, months after the intense cyber bullying occurred.
Speaking on the panel, Khafi revealed that she was shaken by the bullying and had to take time to process it.
She noted that her foray into social media was through YouTube as she wanted to show her works and her singing.
Social media is the most influential platform where conversations about the reality show were had and the bulk of online trolling took place.
On fighting bullying, she said it was about whose opinions mattered and whose didn’t.
Khafi said: “When I felt came out, I felt the need to explain myself to everyone and to correct the impressions.
“The amount of times I’ve been pregnant on social media, I can’t even count.
“After some time, I told myself I know what happened and what did not and that is what matters.
“If I had to take in every comment made on social media, I would not have been able to sleep at night. Knowing that helped me. Also, my mum flew in from London to help me.
“What shocked me the most were some of my friends and family who believed some of the false news.
“I was surprised and thought they knew me but I had to come to terms with who I know I am and that was how I was able to overcome.”
NAN reports that Khafi has maintained a fast growing YouTube channel and has continued her social advocacy work since leaving the show ended.