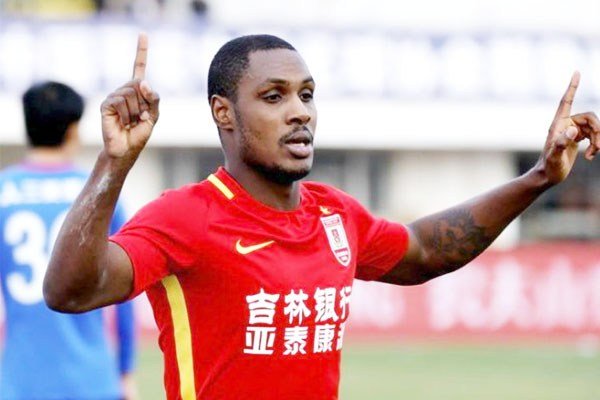 Share
Facebook Twitter LinkedIn Pinterest Email
Former Manchester United forward Odion Ighalo has revealed he would soon make a decision regarding a possible return to the Nigeria national team.
The 31-year-old announced his retirement from international duty in 2019 after helping the Super Eagles finish third at the Africa Cup of Nations, where he emerged as the top scorer.
The forward gave a good account of himself during his spell with Premier League giants Manchester United.
Ighalo left the Red Devils in January after the expiration of his contract to sign for Saudi Professional League side Al Shabab and has hit the ground running for the club.
The centre-forward has bagged three goals and provided one assist in only five league appearances, amid other dazzling displays.
On the back of his impressive performances, Nigeria national team coach Gernot Rohr wants the attacker to come out of his retirement.
Ighalo has now revealed he would take a decision regarding the request to the Super Eaglea as he has respect for his country and the German tactician.
“I have been approached by the coach, but I haven’t decided yet whether this is a path I want to follow again,” Ighalo told BBC Sport Africa.
“We’ve been talking about it for a while and hopefully soon I will make that decision.
“I need to decide because I have huge respect for my country and the coach, so it’s only fair to let people know where you stand.”
Ighalo scored 16 goals in 35 appearances for the three-time African champions before his abrupt retirement from the national team.
African Cup of Nations Odion Ighalo Super Eagles
Share. Facebook Twitter Pinterest LinkedIn Tumblr Email