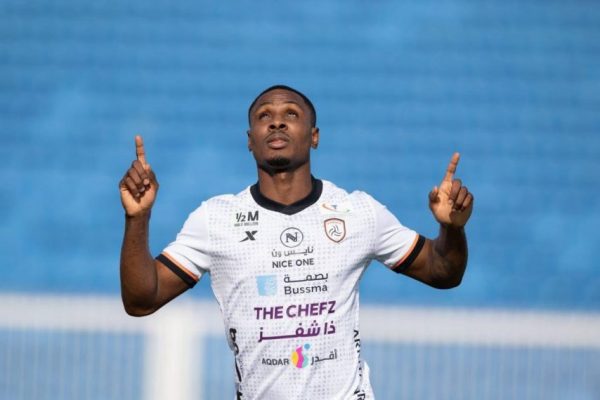 The striker enjoyed a short spell at Old Trafford in the 2020/21 season.

In total, he made 23 appearances for United and scored five goals.

And the former Watford star has now revealed that Moyes tried to bring him in to the club in the January transfer window, when they also signed Jesse Lingard from the Red Devils.

Ighalo opted against the move, though, and is now playing for Shabab in Saudi Arabia, where he has been in genuinely brilliant form.

He has made a total of 13 appearances and scored nine goals in that time, while also laying on three assists.

In quotes carried by Hammers News, Ighalo told Elegbete TV Sports: “I got an offer from two Premier League teams – West Ham and West Brom – who were ready to pay but what am I going to do in the Premier League again after playing for Manchester United?

“What other team do I want to play for to fulfill my dream? I have already fulfilled my dream, played in Watford and did well, played in Manchester United.”

In total, the Nigeria international has made 67 appearances in the Premier League and has scored 17 goals, while also laying on a total of six assists.