Ighalo in limbo over Man U deal 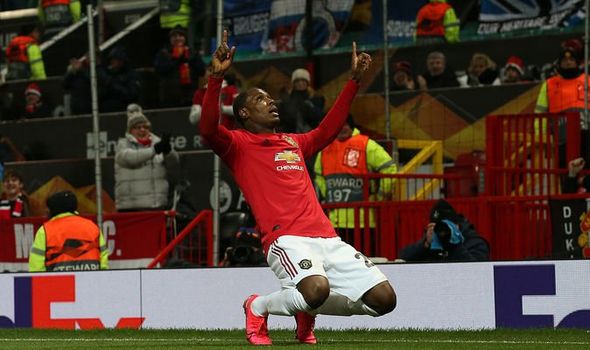 Odion Ighalo will have to wait to learn if Manchester United will make his loan from Shanghai Shenhua into a permanent transfer, according to reports.
The Nigeria international has made a good impact since he joined Manchester United with four goals in three starts in all competitions.
There was limited excitement about his arrival at Old Trafford in January, but Ighalo has so far proven his doubters wrong, leading to the idea of a permanent stay being mooted.
Ighalo’s parent club is reported to have lined up another former Premier League forward as his replacement, potentially pushing him towards a confirmed deal with Manchester United.
However, the Evening Standard claimed that Ole Gunnar Solskjaer is “undecided over his plans to sign a striker this summer” with the Manchester United boss exploring his options before making a decision over Ighalo.
Solskjaer is “working through a shortlist of other strike targets” with several strikers on the Old Trafford club’s radar.
Manchester United have been “alerted to the uncertainty over Harry Kane’s Tottenham future” while they are “monitoring Erling Haaland’s situation at Borussia Dortmund”.
The report in the Evening Standard mentioned Timo Werner and Moussa Dembele as other strikers “under consideration”.
If they exhaust their other options, then Ighalo “could be available for around £15 million” but would have to take a huge wage cut to join.
Speaking recently about his future, Ighalo told Elegbete TV: “There is no offer on the table yet because the season is still on and I’m yet to finish my loan deal. I don’t just take decisions alone in my life. I have a principle and I have a guideline for everything I do. I always pray to God to direct me.
“I have seen so many tweets about this. I have seen so many people going crazy, (saying) ‘go back to China’, some say stay with Man United.
“Have you seen me say a word? I don’t have anything to say. When the season’s finished and I get two offers from the two teams, then I will sit and think about it, pray about it and whatever God says I should do, I will go with that.”