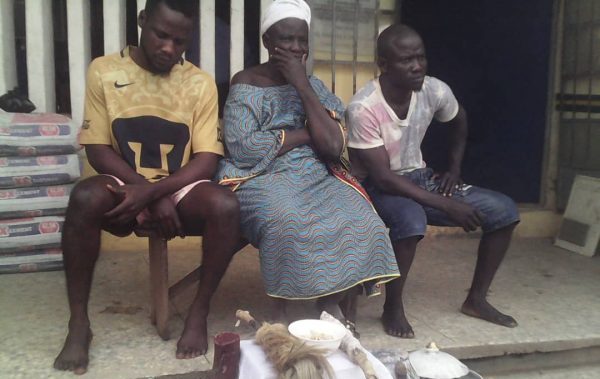 The Police Command in Lagos State has arrested a 60-year-old Ifa chief priestess and her two sons in connection with some kidnap cases in the state.
The spokesman for the command, CSP Chike Oti, made the development known in a statement in Lagos on Sunday.
Oti said that the suspects were arrested on Saturday at their home at No.15, Irepodun Street, Egan, Igando, a Lagos suburb.
He said that the woman was said to be a chief priestess and custodian of an Ifa shrine.
She was alleged to be aiding her sons, aged 26 and 32, who allegedly lure their victims with charms to their home.
Oti described the suspects as “deadly bunch of kidnappers”.
He said that they used the social media to lure their victims and put them in captivity until they paid ransoms for their release.
He said: “The trio met their waterloo when one Bridget Obazee came to the Divisional Police Officer of Igando Police Station, CSP Taiwo Kasumu, on September 7 and complained that her brother, Osahon, was missing.
“The complainant told the DPO that the kidnappers were threatening to kill Osahon if they (family) failed to pay a N1.5 million ransom.
“She added that they warned her not to involve the police, otherwise her brother would be killed.”
Oti said that the DPO quickly contacted the Commissioner of Police, Imohimi Edgal, who deployed men from the Intelligence Unit of the command to reinforce the DPO’s team.
He said that the team immediately set out in search of the suspects.
He said: “The same day, at about 11a.m., through discreet investigation, the team arrested the woman and her sons, Akeem Bashiru and Ojo Solomon.”
He said that besides Osahon, the police also rescued two other victims in the home of the suspects, which doubled as their hideout.
He gave the names of the other victims as Adugbagbe Akindele of No.7 Peace Crescent Salolo, Meiran, Lagos and one Ekwegbalu Augustine, who was lured from Anambra with the promise for a job in an oil company.
Oti said: “The victims have been held for weeks, pending the payment of ransom by their families.”
He said that those rescued had been re-united with their relations.
He said that during interrogation, Solomon confessed that he lured the victims with the promise of getting them employment.
Oti said: “He further confessed that he lured some victims for a gay relationship and that their mother empowered him and his brother spiritually.”
He said that the mother used charms to intimidate and instil fear in victims.
Oti hailed residents of Lagos State for assisting the command with useful information and urged them not to relent. 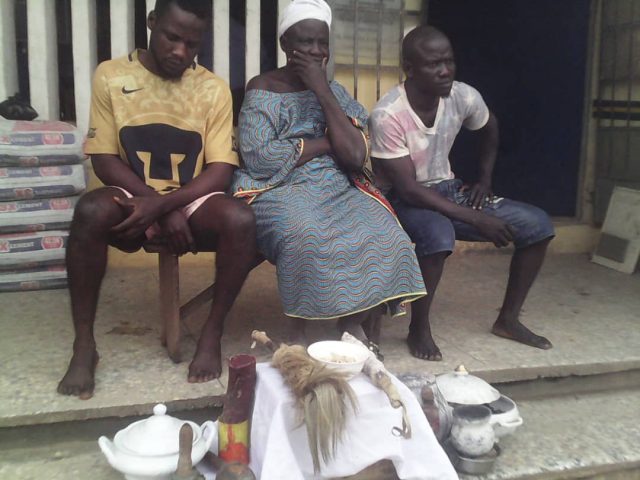 Housewife sentenced to death by hanging for killing husband