by The Eagle Online
in Featured, News
2 min read
1

The Lagos State Police Command has provided more information on the man who attempted taking his own life by making to jump into the lagoon from the Third Mainland Bridge.

The Lagos State Governor, Babajide Sanwo-Olu, has since paid the debt.

According to a statement on Sunday by the spokesman of the Lagos State Police Command, Superintendent of Police Bala Elkana, the man had been identified as 45-year-old Adeyinka Abiodun.

Elkana said on July 31, 2020 at about 1:50pm, Police operatives deployed to the Third Mainland Bridge intercepted Abiodun of Abaranje Road, Ikotun, attempting to jump into the lagoon.

He was rescued and taken to Bariga Police Station for questioning and debriefing, the spokesman said.

Abiodun told the police that in March 2020, he procured a loan of N390,000 with monthly repayment plan for six months and accrued interest of N142,287:25 from a micro finance bank on Lagos Island.

He said the loan was collected with intent to upgrade his wine retail business, but the business failed and he lost the money.

Abiodun holds a Bachelor of Science Degree in Physics and a Masters Degree in Business Administration.

He is married with two children.

He is currently attending medical and counselling sessions, Elkana said, adding that the micro finance bank when contacted confirmed the loan.

Worried by the rate at which people are killing themselves, the Commissioner, Lagos State Police Command, Hakeem Odumosu, enjoined Lagosians to always explore other means of addressing life challenges than resorting to taking their own life.

This is the eighth suicide attempt successfully foiled by the Police in Lagos in the last two months.

Odumosu called on well meaning individuals to always reach out to the needy and less privileged persons around them, adding: “Together we can stop suicide.” 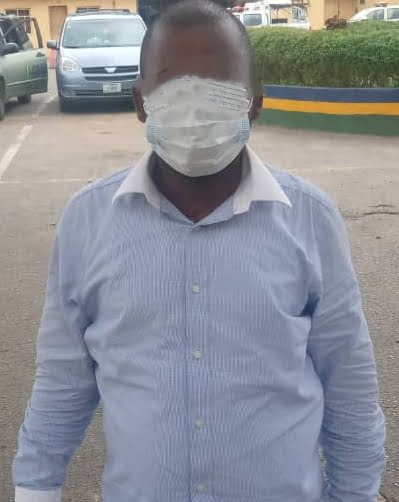 Vidal lands in Milan to complete move from Barca to Inter