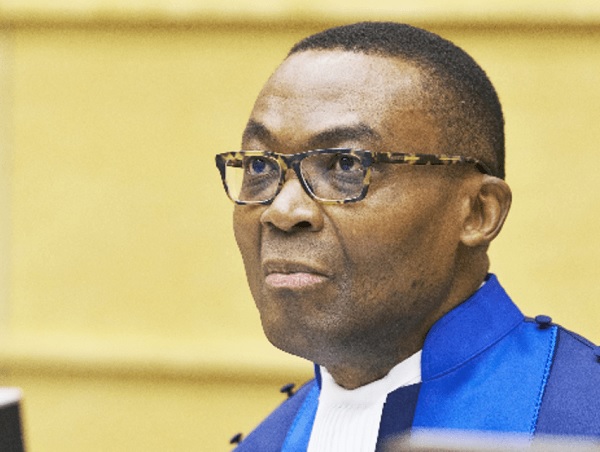 The International Criminal Court in The Hague, Netherlands on Thursday said that there was no truth in allegation that it is witch-hunting African leaders.
The President of the Court, Judge Chile Eboe-Osuji, a Nigerian, made the remark in Abuja while fielding questions from newsmen after a courtesy visit to the Minister of Foreign Affairs, Prof Geoffrey Onyeama
The News Agency of Nigeria reports that ICC was perceived as witch-hunting African leaders, a situation leading to withdrawal of membership by some African countries.
The African Union had in 2017 backed a strategy for collective withdrawal from the Court over this allegation, but the decision suffered a setback after Nigeria joined others in support of the Court.
Three African countries; Burundi, South Africa and The Gambia had announced withdrawal of membership of the Court.
Eboe-Osuji said: “There is no witch-hunting of African countries by the court.
“Actually, some of the complaints being made have not taken into account the fact that the court was set up for the protection of people who are suffering from some kinds of violations.
“And those Africans, who have been suffering from such violations, are not complaining that the court is biased. They are not complaining that there is witch-hunting going on.”
According to him, Nigeria has been very supportive in saying that there is a need for the ICC to stand and to be supported.
He commended President Muhammadu Buhari for his support to the Court, noting that Nigeria had stood to lay a good legacy for other countries to follow that the court needs to stand.
He said: “And we are here to express gratitude to Nigeria for doing that. The Court appreciated Nigeria’s support.
“We are very much encouraged that it took no lesser authority than the President himself signaled that to happen for the Nigerian leader to stand behind the court and robustly stand by the court.”
Onyeama, while also fielding questions from newsmen said that it would be wrong to see the court as witch-hunting.
He said: “I think it is wrong to look at it this way. I think the question we should be asking is has any right been violated?
“Should people have the right to have the people who violated their rights made to face some kind of tribunal. That is the question we should ask.
“Another way to look at it is, those African leaders that are being tried, is the trial justifiable?
“That is all that should concern us and whether 10 African leaders are arrested, the question is the process fair, were rights violated?”
The minister told the visiting jurist that Nigeria was solidly behind him and in support of the court.
Onyeama said: “President Mohammadu Buhari is a firm believer in the rule of law and he has directed that when the matter came up in the AU when a number of countries wanted a collectective withdrawal from the ICC.
“President Buhari has firm believe that Nigeria should speak out in support of the Court because the objective of the court is something that Mr President and his government believed firmly in.
“Which is the rule of law and accountability by the political leaders of the continent and firm believe that ordinary Africans should have the possibility of having rights defended and upheld in the court of law.
“And that the African leaders should also be held accountable in court of  law. So, we do believe that the ICC is an institution for good and the benefit of the global community.”
He expressed hope that other countries around the world yet to join would also walk the talk and also join the ICC.
He said: “We know that there are a numbers of big countries, democratic countries that are still not acceded, so we are delighted that the court is now being led by a Nigerian.
“We will certainly do whatever we need to do to support the work and to promote global justice.”