Ibrahimovic gifts himself Ferrari on birthday 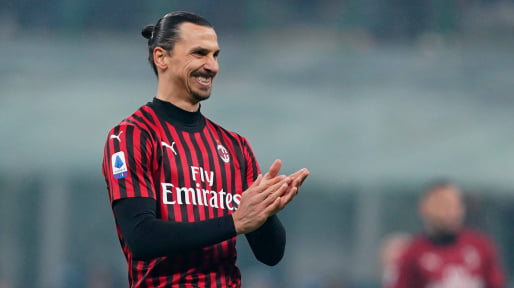 Milan star striker Zlatan Ibrahimovic gifted himself a Ferrari for his 40th birthday and posted the picture of his present on social media.

The Swede turned 40 on Sunday and celebrated with the team after this morning’s training session at Milanello.

The Rossoneri face Atalanta tonight, but Ibrahimovic is out of action with an Achilles tendon injury.

He should be back after the international break but today was a day of celebration for the former Barcelona and Manchester United star.

He didn’t only celebrate with a huge cake at Milanello, but he also gifted himself a Ferrari, which he showed through his official social media accounts.

Ibra showed a golden Ferrari with a caption: ‘Happy Birthday to Zlatan.’

He had done something similar in 2019, before joining Milan, when he bought a €2m Ferrari Monza SP2 for his 38th birthday.

The striker also spoke to Milan Channel, looking back at his ‘ghetto’ roots, the injuries, coaches and players who changed his career.