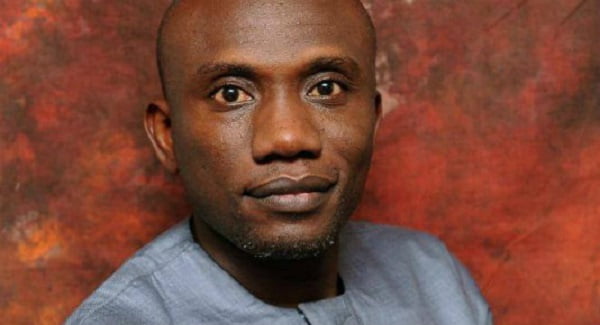 “General Attahiru always led from the front. I remember when we were at Operation Lafiya Dole. He was always abreast of events. It helped that I had been there ahead of him, so we could compare notes. Many things got one angry about the situation on the ground but we got by. He believed in taking the battle to the enemy. Don’t wait for them. This philosophy continued even when he became Chief of Army Staff and that helped a lot.” ~Major Gen. Ben Ahanotu

For everyone who knew Ibrahim Attahiru, (Nigeria’s immediate past Chief of Army Staff) and his single-minded determination to end insecurity in Nigeria, every attack reported anywhere in the country must be a real trauma. This is more so on a day like today, August 10 when Attahiru would have turned 56.

And it is easy to see why, one day, these folks thought they could see the end of it all and now, insecurity has taken such widespread and unprecedented dimensions that you would pinch yourself to be sure you were in the same country.

Courageous, purposeful and convinced about the capacity of his men, nearly everyone who encountered Attahiru in his official capacity had the hope that light was at the end of the long dark tunnel of terrorism and all forms of banditry that Nigeria had coped with before the January 2021 announcement that brought him into office as Nigeria’s 21st COAS.

Attahiru exuded confidence such that veteran journalist and military historian, BabajideKolade- Otitoju could say in the same book: “…He told me things that convinced me that this man had a mission and that his choice as Chief of Army Staff was perfect. I often disagreed with the President’s choices for top political and public service positions, but in the case of Gen Attahiru, I was happy. I had high hopes and I saw a decisive way he responded when Boko Haram took over some communities.”

General Attahiru didn’t last much longer in office after this conversation, but he did enough in those four months to justify the confidence people like Kolade-Otitoju had in him. He was one of those people for whom the saying: “It is not how long but how well…” was made.

In Attahiru’s case, this statement is not just suitable about his four-month tenure as COAS, but also about life, which ended at the relatively young age of 54. He was like one of those straight trees, which easily attract the logger and his saw.

But death has got nothing on men of vision. Such men are the ones about whom the English metaphysical poet, John Donne, in his sonnet, Death Be Not Proud, said: “… for those whom thou think’st thou dost overthrow, Die not…” Attahiru was a man of vision, and men of vision dream, plan to actualise their dreams, mobilise others to believe, and act swiftly on their dreams. Even if a far-sighted man had two days, he would inspire transformations that people would talk about for years to come. That is why visionaries don’t die, and it is why Attahiru’s memory will remain evergreen.

I am told that every cadet who gets into the Nigerian Defence Academy is trained and equipped for leadership. Even though you have loads of classmates who are as qualified as you, you also aspire and prepare for the day when you may be called to serve. This place of readiness was where the call to be Chief of Army Staff met Ibrahim Attahiru on January 26, 2021.

Those who knew him from childhood speak of him as deliberate, brilliant, and considerate. He was studious, disciplined, and detribalised at the NDA. As an officer, he was committed and loyal to the country, sought the good of others, and was ever in pursuit of excellence. At every point in his life, Attahiru was in search of knowledge, not just for himself but for those who worked with him. No wonder he made a success of every opportunity that he had. Despite his infantry background, he was exemplary as a spokesperson for the Army. Despite his premature removal as Theatre Commander of Operation Lafiya Dole after six months, he left a legacy of historic accomplishments. He threw himself into every opportunity without bitterness; whether it was a staff, teaching, or command appointment, he went confident that every single posting brought him closer to his destiny.

So, it is no wonder that the Kaduna-State-born General hit the ground running immediately after he was appointed COAS. From his experience as Theatre Commander, Attahiru knew that the war against insecurity in Nigeria would produce no result without active collaboration between the armed forces on one hand, and the government and the general populace on the other.

This inspired the decision to change the code name of the fight against insurgency in the north east from Operation Lafiya Dole (peace by force) to Operation Hadin kai (let’s put heads together). To further his idea of effective collaboration, his administration of the army approved capacity-building programmes for General Officers Commanding and Brigade Commanders on improving relationships with the civil populace within the few months he was in office. At about the same time, spokespersons for the Army across the country gathered in a room to discuss how to improve army communications. He travelled over the country to spread the gospel of peace and was heavy on deploying the stick and the carrots as the occasion demanded. As he was, he knew that not all wars needed to be won on the battlefield.

Two other things that were paramount to the late COAS were the welfare of men and officers of the Nigerian Army and the supply of equipment with which they would prosecute the war. Attahiru believed that every soldier, from the Private to the General had a role to play in the success of operations, and he did his best to ensure that everyone felt a sense of Nigeria’s appreciation for their sacrifices. In return, he won the love and commitment of his colleagues and men. His officers and men showed this when they carried out his instruction to recover Marte and Dikwa from Boko Haram insurgents within 24 hours! He was determined to end Nigeria’s war against insecurity and seemed to have chattered the course to achieving that.

Attahiru was a Nigerian for whom neither tribe nor religion was a barrier. He had friends with whom he shared the best moments of life across all faiths and tribes in Nigeria. He was also a man of compassion who paid special attention to widows and orphans. Friends from Nigeria and beyond speak glowingly of his readiness to lend a helping hand whenever he was called on.

For everyone who knew Ibrahim Attahiru, it is impossible to forget him; more so with intractable security problems, which he seemed to have so much confidence about ending. He shared his enthusiasm that insecurity would become history in a matter of months with everyone. It was like he had a magic wand that would free Nigeria of it all. Whatever it was, it infected everyone around him with hope. They all looked forward to that day when Nigeria would be free… but see us now!

Attahiru loved God without question, he loved men, women, and children without limits, and he loved Nigeria with his last breath! At home, he was a husband and father, indeed. Just as he proved to be a worthy son, brother, and friend to everyone he owed those responsibilities to. This man did nothing in half-measures. He was a man, complete in every sense of the word, a soldier’s soldier and a friend of the world, for which some of his close allies called him, “Intercontinental”.

So, as his wife, Fati, their children, family and friends celebrate his posthumous birthday today, one can only pray that his illustrious soul continues to rest in peace, and that the dreams he had for Nigeria come to pass quickly.

Buhari’s last chance to prove his love for Nigerian students, by Olabisi Deji-Folutile