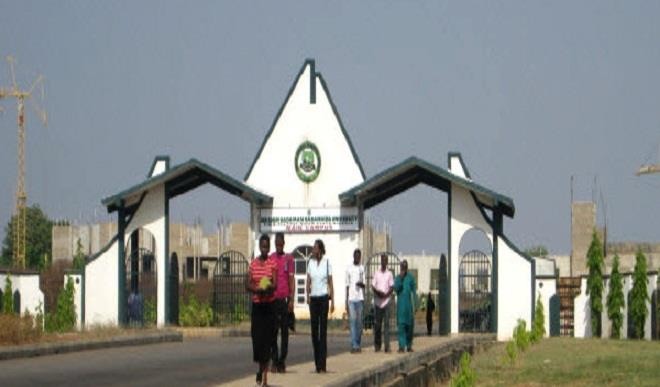 The Ibrahim Badamosi Babangida University, Lapai, Niger State has again increased its fees payable by all categories of students for the 2019/2020 academic session.
It should be recalled that a previous exercise took place in 2017.
This is as the institution is graduating 3,212 students for the combined 2017 to 2019 sessions with 23 bagging First Class.
The increment, which is coming a few days to the institution’s thirrd combined convocation ceremony, was widely condemned by students of the institution.
Under the new arrangement announced by a circular from the office of the Bursar to all categories of students, fresh indigenous students are now to pay N55,300, while their non indigene counterpart are to pay N96,300 and their foreign counterparts are to pay N137,500.
Returning indigenous students are to pay N32,500, while their non indigene counterparts are to pay N65,500, and the foreign students are now to pay N108,000.
In a swift reaction, the Student Union Government of the institution has urged students to disregard the hike in school fees.
According to the a statement signed by the SUG Secretary General, Comrade Bello Ibrahim: “We hereby direct all students both new, returning, indigenes and non indigenes to disregard the circular.
“No student should make payments to any accounts provided in the circular going round regarding the hike in fees.”
Meanwhile, the Vice Chancellor, Prof. Mohammad Maiturare, told journalists on Monday that the 23 students are graduating with First Class, 700 students with Second Class Upper, 1,999 with Second Class Lower, 470 in 3rd Class category and 29 with Pass.