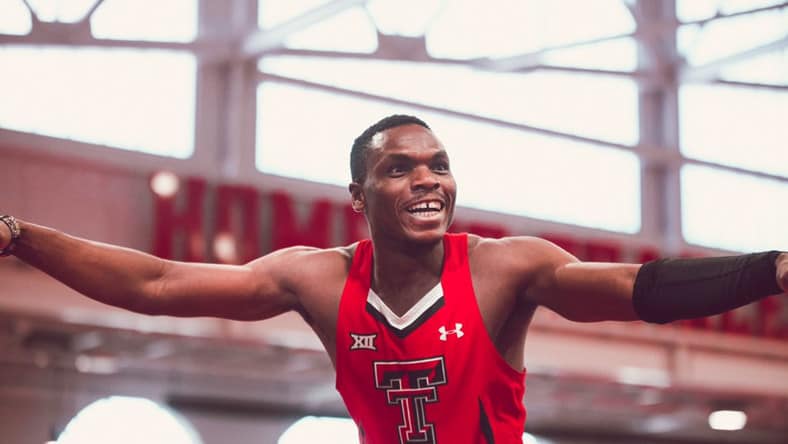 Nigeria’s medal hopeful, Divine Oduduru, has pulled out of the 100 metres dash at the ongoing IAAF World Championship in Doha.
The athlete, according to the Athletics Federation of Nigeria Twitter handle: @NGAathletix, withdrew due to weather conditions in Doha.
“Divine Oduduru has pulled out of the 100m as he has chosen to focus on the 200m instead because of the dry/hot weather conditions in Doha,” @NGAathletix tweeted.
Check revealed that Oduduru’s stellar NCAA season projected him as one of the best sprinters in the world.
This year, he became the first Nigerian sprinter to break the sub-10 seconds barrier in over a decade, before going to run a personal best of 19.73 seconds.
Oduduru, who is making his debut outing at the World Championship in Doha, is hoping for a medal against the best runners in the world.
Oduduru is the country’s best prospect for podium placement.
Despite the fact that Oduduru was beaten to the gold medal of the last African Games by compatriot Raymond Ekevwo in Rabat, Morocco last month, the American NCAA sprint double champion is the second fastest man in the field in Doha.
The 22-year-old Nigerian, who has produced a season very similar to Christian Coleman’s 2017 campaign, has some mouth-watering pair of sub-10 performances early on in the year.
Oduduru won the NCAA 100m title in 9.86 and doubled back to take the 200m crown in a blazing 19.73.
However, his follow up performances since taking to the pro circuit have provided mixed results.
Oduduru’s 10.26 run in Paris in his pro debut and the more recent 20.54 to take the 200m event at the African Games have created some kind of mixed feelings in the minds of Nigerians and other track aficionados dreaming of seeing the Delta State born sprinter ascend the podium to signify Nigeria’s return to the top again in the men’s sprint culture.
The 100metres gold is open for the likes of Yohan Blake, Christian Coleman, Akani Simbine, Zharnel Hughes, Canada’s Aaron Brown and Rio triple medallist Andre de Grasse and the most experienced sprinter in the field who is defending champion, Justin Gatlin.
Gatlin’s victory in London came 12 years after his first.
He’s gone under 10 seconds four times this season, capped by a 9.87 performance in Stanford in late June, but clocked just 10.29 in his most recent race in Zagreb three weeks ago where he was hit my a minor hamstring injury.