IAAF stops Nigeria’s Oduduru from competing at Doha 2019, Okagbare too may be barred 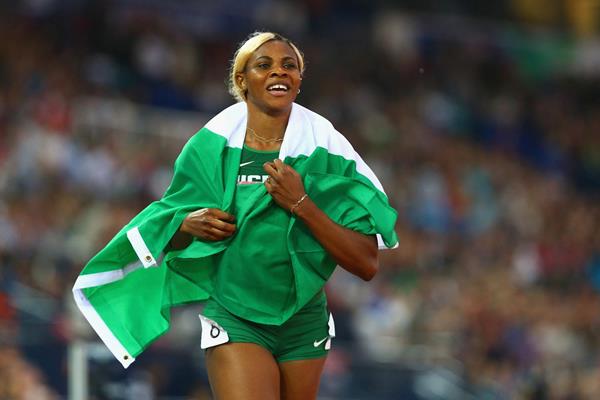 Nigerian sprinter Divine Oduduru will no longer compete at the 2019 World Championships in Doha.
Oduduru’s name was not included on the start list of the men’s 200m race scheduled for Sunday.
The second fastest African man did not compete in the 100m race, though his name was added to the schedule and was expected to feature in Heat 5 on Friday.
According to the International Association of Athletics Federations, any athlete who withdraws from an event after being confirmed in the final entry list will have to forfeit subsequent events.
The Athletics Federation of Nigeria had in a tweet on Friday explained that the athlete had pulled out of 100m to concentrate on the 200m.
The same rule could also apply in the case of Blessing Okagbare, who also pulled out of the 100m women’s heats on Saturday.
The AFN also gave the same reason for her non-participation in the race.
Meanwhile, the IAAF was yet to release on Saturday night the start list for the women’s 200m expected to begin on Monday.
It is therefore difficult to ascertain Okagbare’s position at the moment.
Emmanuel Arowolo, with a Personal Best of 20.37 and listed in Heat 5, will now be the country’s hopes in the men’s 200m.
In the men’s 400m hurdles, Rilwan Alowonle could not scale through to the finals as he finished eighth with 52.01secs in Heat 3.
Nigeria’s sole representative in the 100m men, Raymond Ekevwo, also did not qualify for the finals of the event, with a 10.20secs to finish fifth in Heat 1.