I won’t step down my campaign, delay in take-off won’t affect my Victory -Donald Duke 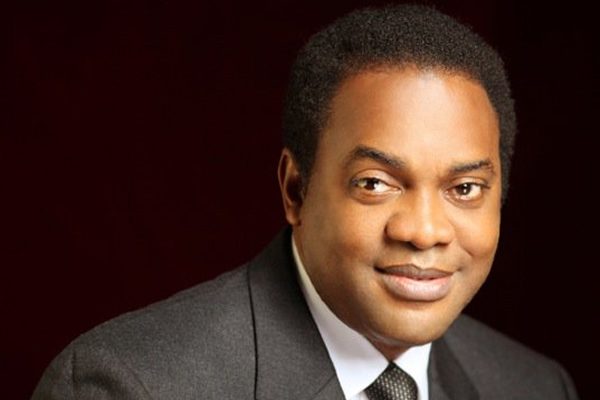 Donald Duke, the Social Democratic Party Presidential Candidate, says he is going ahead with his campaigns in spite of delays caused by litigation over his candidature.
Duke, a former Governor of Cross River, told newsmen in Lagos on Saturday that his campaign would officially commence next week as he had been pronounced the bona-fide candidate of SDP by the Court of Appeal.
The court in Abuja on Thursday declared Duke the presidential candidate of SDP for the February 16 Presidential Election.
A three-member panel, led by Justice Abdul Aboki, set aside the December 14, 2018, judgment of a Federal Capital Territory High Court which declared Prof. Jerry Gana, a former Minister of Information, the candidate of the party.
Duke said: “I may have lost time over the proceedings but it will not in any way stall my progress or affect my victory at the polls.
“We have concluded arrangements to kick-start a very smart campaign that will reach the electorate across the nation.
“My campaign will not be a conventional one but it will be very effective.
“Nigerians are yearning for an alternative platform and we intend to position ourselves as that alternative that the people crave for.”
He urged all aggrieved members of the party to unite and work as one family to ensure victory for SDP and its candidates across the country.
Duke said SDP was working on bringing Gana fully back to its fold, adding that he (Duke) would have accepted defeat and worked with Gana if the judgment had not been in his favour as was earlier agreed by the party.
He said: “Gana is mature and noble and am sure we will get through this to achieve the Nigeria of our dream.”
The SDP presidential candidate said Nigeria needed something new that would give young people hope which was what he represented.
Duke said: “Outside President Muhammadu Buhari, I am the only presidential candidate that has headed a government. I have the experience.
“My vision is that we cannot leave Nigeria the way it is any longer. We need to love ourselves, we have lost our humanity.
“It’s not going to happen overnight but I see the Nigeria of my dream emerging in the next 10 years.”
On threats by the US and UK to deny visas to anyone or politician involved in rigging in the upcoming elections, Duke said the UN,  EU, AU and ECOWAS should toe the same  line.
He said: “The international community must treat election riggers like pariahs and ensure they are not admitted into their countries. Such measure will go a long way in curbing electoral malpractice in future polls in Nigeria.”
Duke decried the suspension of Justice Walter Onnoghen as Chief Justice of Nigeria and described the action as a trial of the Supreme Court and the Nigeria Bar Association.
He said: “It is the Supreme Court and NBA that are on trial in this matter. This issue may cascade into many other issues in Nigeria if it is not handled with care.
“I feel the removal is hasty and should be reconsidered in the interest of respect for our democracy and laws.”
On the national presidential debates that he missed, Duke said: “There will be others. I am aware that it is not the best that we find ourselves in that situation but it is not my fault”.
He said Nigerians knew who and what their desires were and would still vote for him in spite of the short time left for the presidential election.