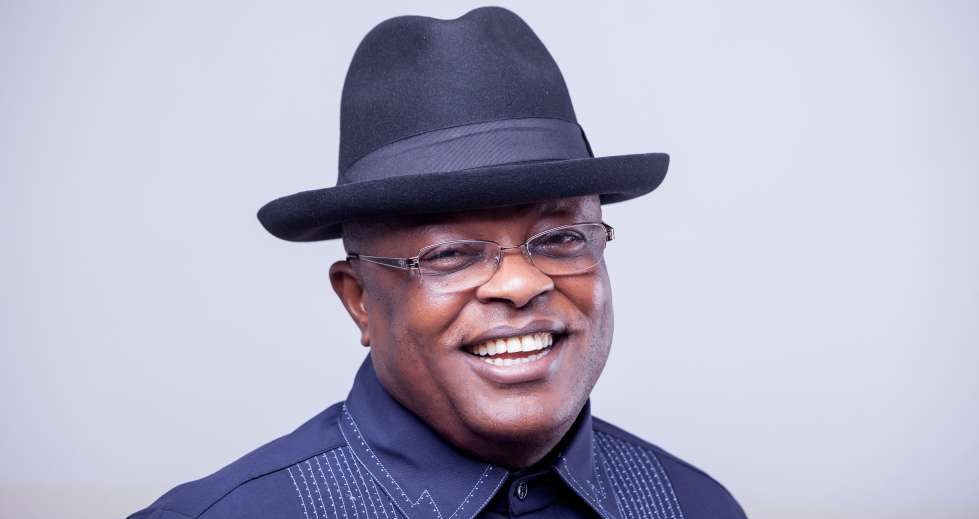 The Ebonyi State Governor, Engr. David Umahi, has said he can never dump the Peoples Democratic Party for the All Progressives Congress.
Umahi said this sequel to a news report that made the rounds on Tuesday claiming he had dumped the PDP.
Refuting the allegation at the Executive Council Chamber of the Government House in Abakaliki while briefing the press, Umahi said: “They said that I have decamped to the All Progressives Congress and this is laughable.
“And the question is: why is it that people are so much interested in my politics?
“The clarification is that my relationship with Mr. President (Muhammadu Buhari) is because he is my boss and the relationship is personal.
“Mr. President or any APC person has never asked me to come over to the APC and they will never ask me.
“There is no reason to leave my party, the Peoples Democratic Party, of which I was the party chairman, deputy governor and now governor.
“I have always insisted on the character.
“People that jumped from one party to the other should examine their characters unless if there was any problem with their party.
“As at today, tomorrow and till Christ comes, there will be no crisis in PDP.
“So, there is no reason for me to leave PDP.
“Even if there is a crisis in the PDP and there is a need for me to leave PDP, I can never leave PDP for the kind of APC in Ebonyi State.
“With the kind of leaders, not all of them, but most of them, in Ebonyi State, leaders that have failed the state woefully, I can never be on the same political platform with them.
“I am focused on doing my job, which is governance.
“I am not yet into politics or election.
“The fever that is gripping me as from day one I was sworn in is the fever of delivering on the dividend of democracy and the plight of our people.
“So, they should leave me alone with this their dirty party politics.
“I am focused.
“I have benefited by the privileges the platform of the PDP afforded me to be a party chairman, deputy governor and governor.”