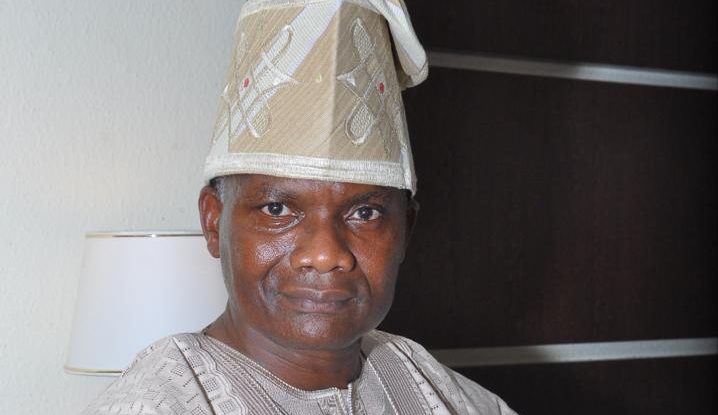 The presidential candidate of Accord Party, Isaac Babatunde Ositelu, has promised to rebuild Nigeria’s broken infrastructure if he emerges as president in next year’s presidential election.
Ositelu, an engineer with diverse local and international industry experience, also vowed to unite Nigerians, regardless of tongue and creed.
Ositelu, who is scheduled to kick-off his campaign across the country this week, spoke to newsmen on Sunday in Lagos on his march to Aso Rock, Nigeria’s seat of power in Abuja.
Speaking on his four-pronged action plan to restore Nigeria back to the path of economic prosperity, security stability and social order, he stressed that food security, portable water, affordable healthcare delivery and power to all nooks and crannies of Nigeria are his mandatory deliverables to all Nigerians.
According to him, the energy crisis in Nigeria is tractable and it does not require rocket science to give uninterruptible power to every homes and businesses in Nigeria.
Riding on his wealth of experiences in Canada, United Kingdom, United States of America and Nigeria, where he has had both academic qualifications and job experiences, he said mini grid power structure and containerized/motorized power grids would be deployed to various parts of Nigeria on need basis as an emergency intervention scheme.
Pledging to partner with the legislature, he assured that requisite reforms and constitutional amendments would be undertaken in order to give legal muscle to the revolutionary changes to the power industry in the interests of the Nigerian nation.
He said that the multitude of the energetic and youthful Nigerian population would be motivated to be more productive once the power crisis is resolved.
Ositelu said the projected positive trajectories in the power industry will entice many renowned brands to return to Nigeria.
And the causal effect would lead to significant improvement in the performance of the real sector of the economy and greater boost to the nation’s GDP.
According to him, as more hands are meaningfully engaged, the incessant criminal activities would significantly scale down.
The Accord Party flag bearer said any government that focuses on solving the country’s energy crisis would have significantly addressed one of the major challenges facing Nigeria.
Ositelu said: “We all appreciate the importance of power and how its availability can radically change our economy and life generally. But it is very unfortunate that this problem has refused to go, despite all the interventions, both by the previous governments and even the current one.
“However, we all know that at the center of this failure is leadership and capacity. Let me state once again that we are in this race to rebuild Nigeria and return her to the path of growth and development. We have what it takes to bring back those good old years of competence, excellence, development, respect for human life and dignity and hope.
“Outside power, we all know that other national infrastructures are in dire straits and nobody is doing anything to reverse this ugly situation that has remained for so long.
“On our honour, we promise to immediately commence this reconstruction of our great country from many years of brokenness that has left our people confused, skeptical and alienated. In the days ahead, we will unveil our blueprint. We are also going to be discussing our strategies with our teeming supporters who are already upbeat and expectant about a great future that we have promised.”
Ositelu restated his commitment to embark on door-to-door engagements with all stakeholders through neighbourhood interactions.
He said: “We are confident of victory because the masses are with us. So, we are driving our campaign in agreement with long-suffering Nigerian citizens who are tired of promises that lead to nowhere. This is our chance and I know the people of Nigeria will cease this moment by coming out and voting massively for Accord Party for that future that we all desperately want”.
While assuring that Accord Party, established about 11 years ago with significant strides in the polity, will not make any esoteric promises to the Nigerian people, he assured that the party would stand on its honour to provide at least two square meal to every citizen on a daily basis, access to portable water, uninterrupted power supply and technology enabled healthcare for all both in the rural and urban centres.