I turned Lagos from jungle to megacity, made it independent of FG — Tinubu 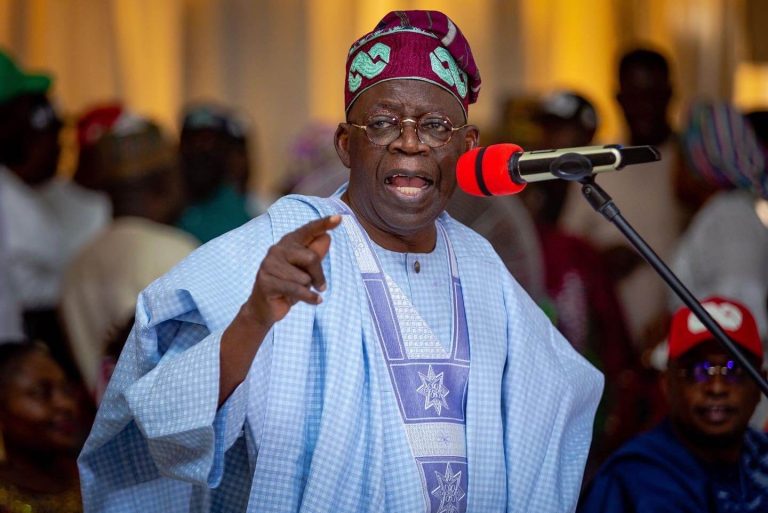 The Presidential candidate of the ruling All Progressives Congress (APC) Asiwaju Bola Tinubu said he turned Lagos from a jungle to a megacity during his tenure as the governor of the Southwest state  from 1999 to 2007.

Tinubu said this Friday night during an interview programme on Channels Television.

He stated that he laid the foundation that all other Lagos State governors after him built upon and are still building on to make the state what it is today.

He restated that Lagos under his leadership, Lagos came alive.

Tinubu recalled: “When I came in as governor of Lagos State in 1999, Lagos was a jungle. It was a completely uncivilised environment. There were refuse dumps everywhere, schools without roofs, hospitals without ambulances and oxygen tanks to save lives. It was in a very bad state.

“We started to put things in place gradually and the state began to take shape. What we did was to take the liabilities in the state and convert them to assets.

“Civic Centre to Oriental Hotel areas of Victoria Island were back then refuse dumps, but look at what the areas have turned to today. It is only the older ones who would remember all these.

“I initiated and implemented policies that launched Lagos to the city it is today. I will say I left Lagos better than I met it and no other state in the country till date can boast of what Lagos has achieved.

“As a leader with a vision, you must surround yourself with a team of visionary people so that you will not loose your legacy.”

Similarly, the mini documentary on Tinubu stated that the APC presidential candidate re-engineered the revenue of the state and after, left the office of the governor in 2007, Lagos became completely autonomous from the Federal Government in terms of revenue generation having solely been dependent on federal allocations prior to 1999.

The documentary revealed: “When Tinubu took over in 1999, Lagos was bankrupt. The internally generated revenue at the time was N600m monthly and the state was completely dependent on the Federal Government for it.

“When Tinubu was leaving office in 2007, the IGR of Lagos was N7bn monthly. Babatunde Fashola built on that legacy to N15bn monthly. This was made possible by the short, medium and long-term goals that Tinubu laid down for the state in terms of revenue and wealth generation.

“Under his leadership, Lagos came alive. He took Lagos from jungle to megeacity and no governor equals his governorship trend. Tinubu brought the blueprint that set Lagos apart,” the documentary revealed.

Also, a short clip in the mini documentary showed where the President Muhammadu Buhari described Tinubu as a political strategist which drew him (Buhari) to Tinubu.

Buhari said, “Asiwaju Bola Tinubu has set himself apart as a political strategist and a mountain of ideas which drew me to him. He is a true humanitarian and has contributed immensely to the success of Nigeria and Africa.”

A former governor of the state, Babatunde Fashola and the current governor, Babajide Sanwo-Olu, in the programme, also gave credit to the APC presidential candidate for most of the projects that their administrations accomplished.