I like this pampering. Don’t you?, by Femi Adesina 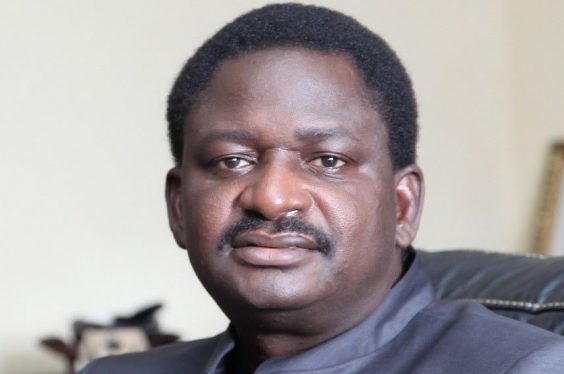 For those who believe in the ineluctable victory of good over evil, no matter how long it takes, this has been an inspiring week.

From the forests of a thousand demons in Zamfara, Kaduna, Niger states, among others, bandits, criminals, evildoers are taking a pounding. In their scores, scores upon scores, they are being spoken to in the language they understand, and sent to God to answer for their sins. One has never been prouder of our military.

I see the hair splitting over whether they should be called terrorists rather than bandits, and I laugh. Sheer sophistry. Whether insurgents, bandits, kidnappers, ritual killers, criminals are criminals. And what do you do to such? Eliminate. Annihilate. Obliterate. If they won’t let decent society be, get rid of them. That is one case when an eye for an eye won’t make the whole world go blind.

Before they got to this sorry pass, they had the chance to turn a new leaf. Zamfara, Katsina, and many other states offered dialogue. The governments tried to negotiate with them. But they were contumacious. Like dogs fated for destruction, they refused to hear the hunters’ whistle. They filled the land with sorrow, tears and blood, ‘dem regular trademark’ (as Fela Anikulapo-Kuti would say). Now, the shoe is on the other foot.

In the different evil forests, when the Nigerian Air Force strikes from the sky, the remnants of the evildoers not killed immediately attempt to flee. The ground troops then pick them off like flies. I say it again. One has never been prouder of our troops. They are cleaning up the country.

Shocking and disconcerting, however, that in the middle of all these, you still hear words meant to discourage our gallant soldiers. A bandit-lover is on record as saying military offensive would not work, and that the bandits “are going nowhere.” True? False. They are going somewhere. And that is: hell.

In my days as a newspaper editor, I remember when a butcher in Sierra Leone called Foday Sankoh died. Now, if anyone was brutal, evil through and through, Foday was. He loved to amputate innocent people. And he would cynically ask if they wanted short or long sleeve. If you chose short sleeve, he cut off the hand from the elbow. If you wanted long, he did from the wrist. After some time, Sierra Leone was swarming with amputees. He was urinating inside the same well from which he would fetch drinking water.

Foday Sankoh was an implacable demon. Till God moved against him. He was arrested, and took ill in custody. Ended in a wheelchair, and lived out his life in misery, facing trial. Then he died. As editor of Daily Sun, my headline was ‘Foday Sankoh goes to hell.’ Judgmental? Well, he asked for it.

On the same day, I took a popular British tabloid to read. The lead story was also on Sankoh. The headline? ‘Next stop: Hell’ That’s it. The stubborn fly follows the corpse into the grave. The evildoers had all the opportunity to turn a new leaf. They were deaf to reason. They deserve what they are getting now, so that decent people can live in peace.

Because we are the way we are as a people, as intractable as the warfare in the North-west had been, some people have tried to create a false narrative. They said while President Muhammadu Buhari went after separatists and divisive elements in the southern parts of the country with a big stick, he pampered bandits and terrorists in the north. Really? How mean-minded can we be? Well, we have now seen the ‘pampering’ going on in the north. You love the pampering being handed out simultaneously from the air and the ground by the troops, don’t you?

I have always had the conviction that the ravening clouds shall not long be victorious, they shall not long possess the sky. Yes, we’ve had serious security challenges. They were inherited by the Buhari administration, and they mutated and became hydra-headed. But a government exists to solve problems, and that is what President Buhari had been committed to doing. But some people, out of evil hearts and petty political gains want it to be the definition of the government. He could not secure the country. Thousands of citizens were killed under him. But they will be shocked! The insecurity ravaging the land will soon become history. Where will they then hide their faces?

Dr Okolo Oteri Eme is one of the women who love Buhari. To bits. She plays prominently on Facebook, and I love what she posted this week on the pounding the evil people have been getting: “Those who claim bandits are being pampered can join them for Shawarma in Zamfara. Kudos to our troops.”

It’s promise made, and promise being kept by our President. He said those who trouble the country would be spoken to in the language they understand. It is happening now. The job is not fully done yet, but progress is fast and laudable. And the message is loud and clear. Don’t you like it?