I intend going to France for prostitution – Libya returnee 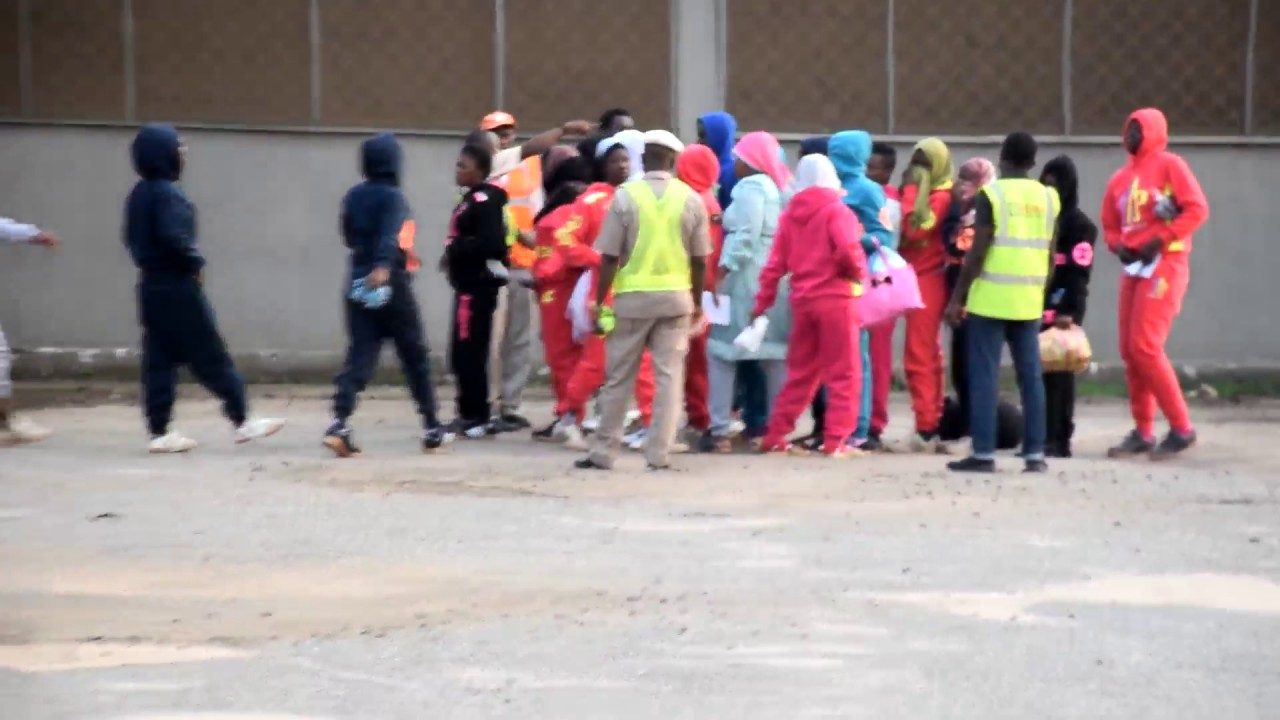 A 22-year-old Libya returnee, (nameswitheld), on Wednesday told newsmen in Lagos that she made the perilous journey to the North African country en route France to join a prostitution ring.
The returnee, who hails from Edo, was among the 171 Nigerians that voluntarily returned from Libya on Tuesday night.
She spoke at the Hajj Camp of the Murtala Muhammed International Airport in Lagos.
The News Agency of Nigeria reports that the returnees, including nine pregnant women, were brought back aboard a Buraq Airline with registration number 5A-DMG.
The returnees comprised of 70 female adults, 90 male adults, three children and eight infants.
They returned through the assistance of the International Organisation for Migration.
Narrating her ordeal, she said that her parents were peasant farmers, who were struggling to survive the hardship in Nigeria.
She said: “When I heard about the possibility of making changes in the lives of my family, I told my parents and they didn’t object.
“I wanted to go to France and I knew it was prostitution that I would do, but I didn’t mind as long as I can make my parents comfortable.”
According to her, on getting to Libya, after many sufferings on the road from Kano, I was captured by some Libyans and my trafficker had to pay money to secure my release.
The returnee narrated that she was again held by another group and had to call her parents to raise money in order to secure her freedom.
She said: “They sold everything they had to send the money to me, but I was able to return to Nigeria through the assistance of IOM when we could no longer proceed to my destination.
“I was made to swear that upon reaching France and start working, I will pay my trafficker £12,000 and the herbalist £1,000 to settle all the expenses paid on me by my trafficker and the herbalist.
“This was because I couldn’t raise any money for the journey.
“Now, I am back in Nigeria without anything to show for it. My parents will be worst hit.
“How can I help my parents to recover?”
NAN reports that 186 Nigerians came back voluntarily on June 1 from the volatile North African country where they had been stranded en route to Europe.