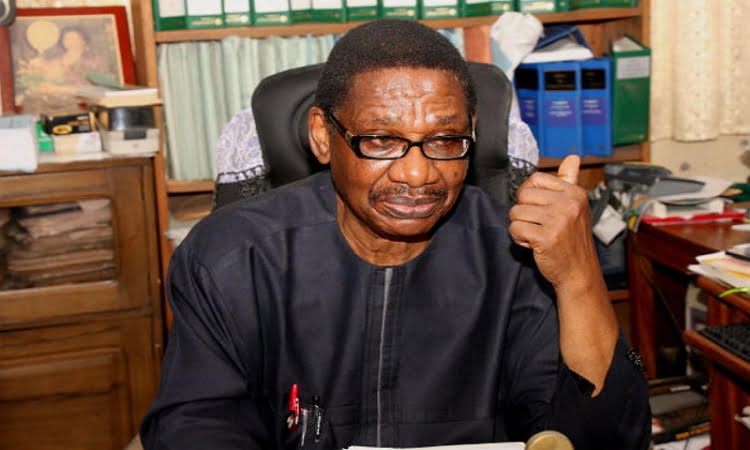 Chairman of the Presidential Advisory Committee Against Corruption (PACAC), Prof Itse Sagay has warned the Attorney General of the Federation and Minister of Justice, Abubakar Malami, may exert undue influence on the activities of the newly confirmed chairman of the Economic and Financial Crimes Commission, Abdulrasheed Bawa.

He said Malami wields too much influence that must be curtailed for anti-corruption agencies to function independently.

Bawa was confirmed as substantive chairman of the EFCC by the Senate on Tuesday.

Sagay, who described Malami as a politician, in an interview with The Punch, said the power of the AGF must be checked so as not to control the activities of the anti-graft agency.

He faulted the fact that Malami and Bawa come from the same state, adding that both might even be related.

He said, “This issue is a very big question because I noticed that they both come from the same state of Kebbi and they may even be related.

“For me, that is not a very healthy thing because the chairman of the EFCC and the EFCC are supposed to be independent.

“They are not politicians, they are trained security officers. The attorney-general is a politician who has all the weaknesses and loads of a politician.

He added: “He has already indicated his tendency to interfere in both the EFCC and the ICPC with the regulations he purported to make months ago. So, I am not comfortable at all that the possibility that they might be related.

“Malami has never been inclined to allow the anti-corruption agencies to operate freely. He is always sitting on their neck one way or the other.

“I have complained about that several times and nothing has happened. In fact, he has become more powerful. So, I will not be comfortable if they are related. I don’t want any outside influence on the EFCC or the ICPC.”

Although admitting that he does not know the newly-appointed chairman of the EFCC on a personal level, Sagay said he was impressed by his curriculum vitae and background.

He said since Ibrahim Magu, former acting chairman of the commission, had been removed, it was time for all parties to move on and work together to ensure Bawa’s success.

“I don’t really know him. I have just read what has been said about him and he seems to have impressive credentials and a fairly good record from what I read apart from this issue of trucks which the EFCC has denied on his behalf,” Sagay said.

“So, inasmuch as the removal of Magu to me looks unsatisfactory, we have to move on and if he is as good as his credentials indicate, then I think the future looks promising for the EFCC.”