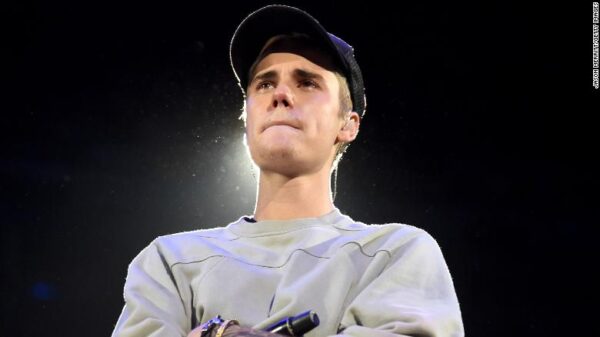 Canadian Pop singer, Justin Bieber, said he is battling with Lyme Disease, an infection caused by bacteria commonly carried by ticks.
Lyme disease is a tick-borne illness caused by the bacterium Borrelia Burgdorferi and it is transmitted to humans through the bite of infected blacklegged ticks.
The 25-year-old singer took to his Instagram page: @justinbieber, to break the sad news.
According to him, he disclosed this in order to dispel the rumour that the reason behind his frail look was because of the use of hard drugs.
Bieber wrote: “While a lot of people kept saying Justin Bieber looks like shit, on meth and so on, they failed to realize I have been recently diagnosed with Lyme disease.
“Not only that, but had a serious case of chronic mono which affected my skin, brain function, energy and overall health.
“These things will be explained further in a docu series I’m putting on YouTube shortly. You can learn all that i have been battling and OVERCOMING!!
“It has been a rough couple of years but getting the right treatment that will help treat this so far incurable disease and i will be back and better than ever.”
The News Agency of Nigeria reports that the Centre for Disease Control and Prevention disclosed that approximately 300,000 Americans were diagnosed with Lyme Disease each year.
According to CDCP, if untreated, the infection could spread to the joints, heart and nervous system, leading to joint pain and swelling.
The songwriter and actor released his debut studio album: “My World 2.0,” in 2010, which debuted at number one in several countries and contained the worldwide hit single: “Baby.”
Following his debut album and promotional tours, he released his 3D biopic-concert film: “Justin Bieber: ‘Never say Never.”
Bieber’s fourth studio album: “Purpose,” became his most critical and commercially successful album in 2015.
His songs: What do you mean, Sorry and Love Yourself, were nominated for Album of the Year at the 2017 Grammy Awards.
The singer has sold 105 million records in the US alone, making him one of the world’s best-selling music artists.
He has won numerous awards throughout his career, including a Grammy Award, 15 American Music Awards, 20 Billboard Music Awards, two Brit Awards, a Latin Grammy Award and three MTV Video Music Awards.
He was included by Forbes list of the top 10 most powerful celebrities in the world in 2011, 2012 and 2013.
In 2016, Bieber became the first artist to surpass 10 billion total video views on Vevo.
NAN.