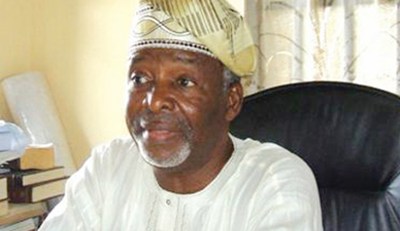 Rights activists on Saturday described Late Dr Frederick Fasehun, Founder of the Oodua Peoples Congress as an irrepressible social crusader and dedicated nationalist.
The News Agency of Nigeria reports that the late Fasehun, also an active member of National Democratic Coalition died at about 1am on Saturday at the intensive care unit of the Lagos State University Teaching Hospital Ikeja.
Dr Joe Okei-Odumakin, President, Women Arise for Change Initiative, told NAN that Fasehun was an irrepressible social crusader and dedicated fighter.
Okei-Odumakin said: “The cold hands of death just snatched Dr Fredrick Fasehun, the irrepressible social crusader and dedicated fighter.
“He lived a wonderful life dedicated to worthy causes and for the advancement of humanity.
“May the Almighty keep all he left behind and grant him peaceful rest.”
Chief Ayo Opadokun, NADECO activist, also described late Fasehun as a nationalist.
Opadokun said: “It’s a sad story, very painful, but like all mortals, he had played his part, sometimes positively directed.
“He was for some time a nationalist and towards the last part of his life was advocating for good governance.
“We wish that all of us will learn the obvious lesson that as mortals, we are on this earth for a while and that we will all give account of stewardship when we depart this life.
“We pray for his family that God will grant them fortitude to bear the loss.”