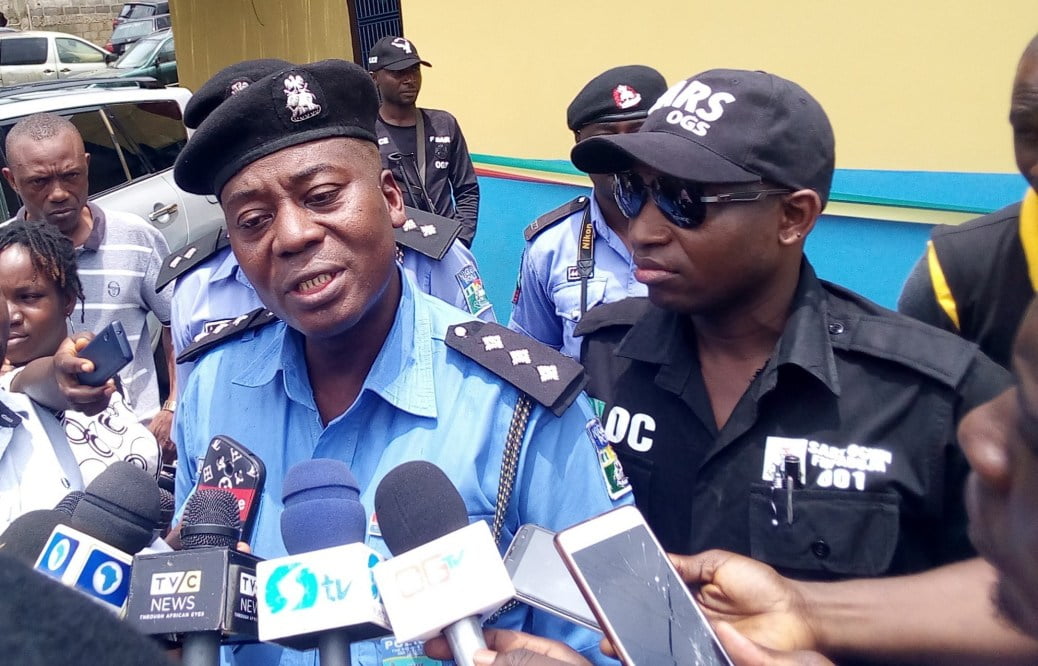 Alleged human parts dealers in Ogun State last week went violent following the failure of three of their customers to come up with the N1 million agreed for the supply of a “fresh human hand”.

According to available information, after the customers failed to pay for the human hand, the human parts dealers lured them to a bush, where they had them beaten thoroughly for a couple of days before releasing them on May 17, 2019.

According to the spokesman of the Ogun State Police Command, Deputy Superintendent of Police Abimbola Oyeyemi, the development led to the arrest of four persons involved in the deal.

Oyeyemi, in a statement on Wednesday, said the operation, carried out in conjunction with the Ogun State Security Outfit, So-Safe Corps, also led to the recovery of the fresh human hand.

The Command’s spokesman, who identified the buyers of the fresh human hand as Matthew Idosu, John Feyisetan and Samuel Adegbola, said they were arrested alongside a 40-year-old herbalist, Michael Itomu, by operatives of the Police and So-Safe Corps at Idi-Iroko in Ipokia Local Government Area of the state for being in possession of a fresh human hand.

He said the suspects, through Idosu, had contracted someone in Abeokuta, the state capital, who promised to get the human hand for them for N1 million for money rituals.

Oyeyemi said in the statement: “On delivering the hand, the dealers demanded the agreed N1 million, but the money was not readily available; this led to a serious scuffle between them and they angrily took away the duo of Samuel Adegbola and John Feyisetan into a bush, where they thoroughly beat them before they were released on May 17, 2020.

“It was the action of those, who supplied the hand, that made the whole secret to leak out and which eventually led to their arrest.”

He said following a tip-off, the Idi-Iroko Divisional Police Officer, CSP Sunday Opebiyi, detailed his detectives in collaboration with men of the So-Safe Corps to ambush the suspects, leading to the arrest of three of them in Owode-Yewa, adding: “Their arrest led to the arrest of the herbalist in the early hours of Tuesday, May 19, 2020.”

Oyeyemi said the fresh human hand had been taken to the Idi-Iroko General Hospital for preservation, adding that the Commissioner of Police in the state, Kenneth Ebrimson, had ordered the transfer of the case to the State Criminal Investigation and Intelligence Department for further investigation.

He said: “He also directed that other members of the syndicate, who provided the hand, should be hunted and brought to justice.”