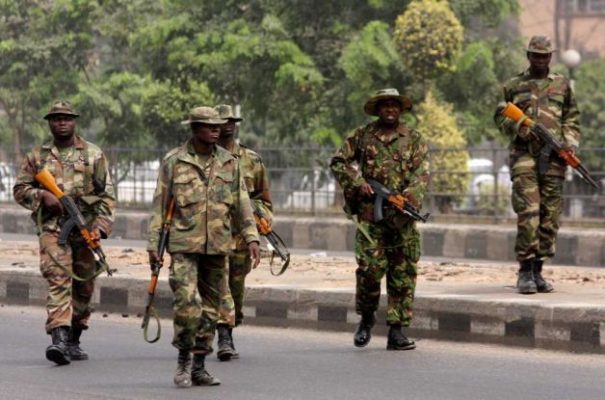 Brig.-Gen. Felix Omongue, Acting Director of Operations, Nigerian Army, has disclosed that Rivers would have burnt to ashes, if not for the military’s quick intervention during the 2019 General Elections.
Omongue made statement in Port Harcourt on Monday at the House of Representatives public hearing on political violence in Rivers.
The House Committee on Army, Police, Human Rights and Justice was in Rivers to investigate the murder of Dr. Ferry Ogberegbe, a lecturer at Saro Wiwa Polytechnic Boro.
The lecturer was alleged to have been shot by men of Federal Anti-robbery Squad during the elections.
He said the political landscape of Rivers was charged before and during the elections, hence the army played the necessary roles.
He said: “The Nigerian Army was the sole hero of 2019 elections.”
He, however, said the military arrested some criminals for alleged impersonation during the polls.
He said: “The Political environment in Rivers was heated up.”
The General said it was only in Rivers that the public accused the army of killing, intimidation and arrest, while local and international communities commended it for positive role in the exercise.
According to the director of operations, the Odi massacre in Bayelsa, would have been repeated but that the army exercised restraint when its officer was killed.
An army officer was killed in Abonnema, in Asari Toru Local Government Area during the presidential polls.
He said: “Only Rivers in Niger Delta zone is accusing the military of wrong doings.
“The military has a rule of engagement (operation).”
Omogue said three soldiers were killed during the elections in Rivers.
Dr. Gogo Jack, Rivers Commissioner for Education, told the committee that 187 people were arrested by soldiers, including himself and detained in a military facility in Boro camp, Port Harcourt.
The education commissioner said his house was ransacked while N1.5 million he left on a dinner table was stolen.
According to him, his house was surrounded with several trucks and Amoured Personnel Carriers.
Ibim Dokubo, a counsel to Asari Toru Local Government Area, said 43 persons died; 24 “identifiable persons were wounded, while 14 were brutalised and arrested.
Nine persons, including the military personnel testified at the public hearing while the committee adjourned to May 8, for continuation.