How we nabbed killer of Super TV boss — Police 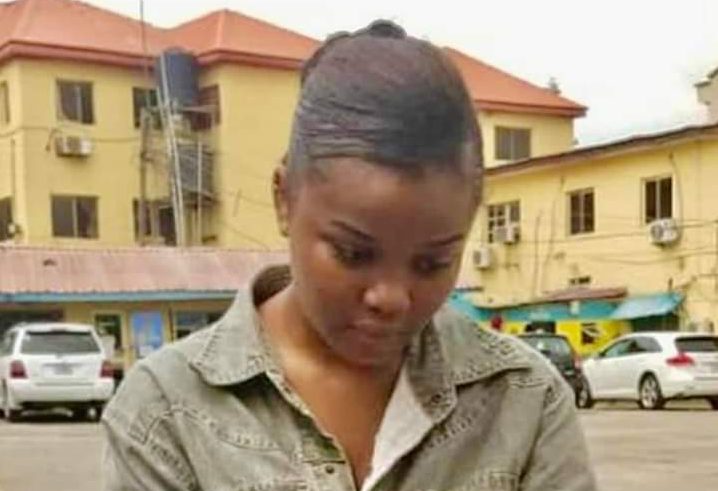 The Lagos State Police Command has released details of his its operatives nabbed Chidinma Ojukwu, the 21-year-old suspected killer of the Chief Executive Officer of Super TV, Usifo Ataga.

The spokesman of the Command, Muyiwa Adejobi, confirmed the development in a statement on Friday.

He said an Information and Communication Technology unit recently created by the Commissioner of Police, Hakeem Odumosu, tracked the suspect, who used different SIM cards, both Nigerian and foreign ones.

In addition to the team, according to the spokesman, the CP also created two other teams that had also nabbed several other robbers and miscreants.

Adejobi said: “The Commissioner of Police, Lagos State, recently established ICT/Tracking Unit at the State Criminal Investigation Department, Panti, Yaba-Lagos, to adopt scientific and forensic measures of unravelling crimes and criminality in Lagos State. The unit, named D23, headed by SP Kasumu Rilwan, a computer scientist, has been instrumental to the landmark achievements and many feats recorded by the command under the watch of CP Hakeem Odumosu, including the latest arrest of the prime suspect in the alleged murder of Mr Michael Usifo Ataga, one Chidimma Adaora Ojukwu on 23rd, June, 2021. Similarly, the Commissioner of Police recently created two (2) Squads, the Special Squad and the Strike Team, at the Command Headquarters, Ikeja-Lagos, to complement the existing department and units of the command in combating crimes in the state. The new Squads, as well, have played many roles in suppressing and keeping criminals and hoodlums at bay in Lagos State.

“In addition, the Commissioner of Police, Lagos State, CP Hakeem Odumosu, in the last three months, has organised combat training, musketry, Baton and Rifle Exercise, martial arts and range practice for officers and men of the command, across board, with a view to improving on their capabilities, command’s anti crime strategies and services delivery in line with the 12 point agenda of the Inspector-General of Police, IGP Usman Alkali Baba, NPM, fdc.

“Equally, the formation of Anti Traffic Robbery Squad and the strategic deployment of the newly delivered equipment by the Lagos State Government to the Lagos State Police Command, is a spirited effort to rejig the command’s action plans in tackling insecurity, especially robbery in traffic, gangsterism and hooliganism and taking charge of the public space towards effective policing of the state.

“CP Hakeem Odumosu, while appraising the anti crime strategies of the command and commending the Special Squads set up to tackle armed robbery, robbery in traffic and cultism in the command for their series of breakthroughs and feats, on Thursday 24th June, 2021, confirmed the arrest of two (2) suspected armed robbers at Zone C1, Gberigbe, Imota, Ikorodu, Lagos State, on 22nd June, 2021,at about 1am.

“The policemen attached to Imota Division of the Command had responded to a distress call from residents of Zone C1, Gberigbe, Ikorodu, that some armed robbers invaded their community and attacked some residents before 2 of them were arrested, while others fled.

“The suspects include ABDULFATAI ABIOLA, m, 21 and QUADRI ADENIYI, m, 19, both of no fixed address from Mushin Olosa, Lagos. Items recovered from them include a cutlass, 43 inches plasma TV, One Itel Phone, One Hauwei Phone and assorted charms.

“They were arrested at Iyana Iba Area of Lagos State while robbing one ALLI IBRAHIM of Ara Junction, Egbeda, Lagos. The stolen items from Mr Alli Ibrahim were recovered from the suspected armed robbers including One Vivo Phone, One Infinix Hot 9 Phone and one Bluetooth. The duo were caught in the act and have also made confessional statement to that effect.

“The Commissioner of Police, Lagos State, CP Hakeem Odumosu, while reassuring Lagosians of consistency in the fight against crimes and social vices in Lagos, ordered that the suspects be transferred to the Command’s Special Squad for thorough investigation and possible prosecution. He further directed that the fleeing members of the gangs be arrested by all means and be brought to book accordingly.

“CP Hakeem Odumosu however appealed to the general public to always intimate the Command of any act of lawlessness and criminality in any part of the state as all hands must be on deck to collectively police Lagos State.”