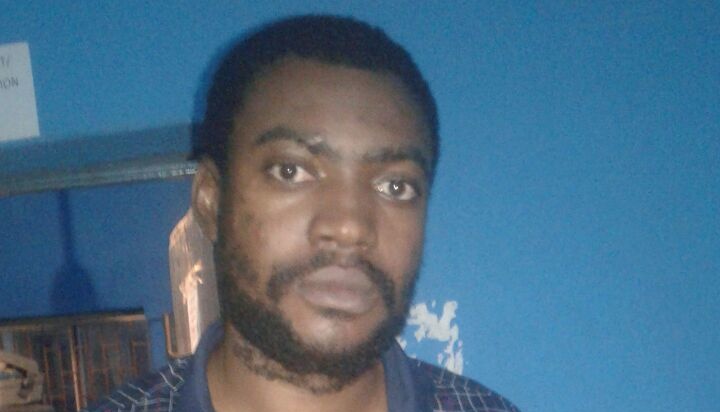 But for the intervention of the Inspector General of Police Intelligence Response Team, prominent businessman, Femi Otedola, would have parted with a whooping sum of N2 billion.
The plan was for Otedola to be kidnapped and a demand for a ransom of N2 billion made.
This was revealed by a suspected kidnapper, Ikechukwu Daniel, who said the police frustrated the plans of his kidnapping group.
The group has also been linked to the kidnapping of a former Minister of Education, Senator Iyabo Anisulolo.
Daniel, who said he was a 200 Level Biochemistry drop out of the Ahmadu Bello University, Zaria, Kaduna State, was arrested while negotiating for N4 million ransom with the family of one of their victims.
He said: “I wasn’t carried along in the kidnap of the senator.
“It was spearheaded by Maman.
“Our members were expecting to get N50 million ransom from the senator’s family.
“But the family of the senator refused to pay.
“After the senator’s kidnap, the police raided Mamman’s family members and friends.
“There were also police helicopters hovering all over the place.
“Some of our members got angry.
“They called and told me that they wanted to kill the senator to serve as deterrent to other would be victims.
“I begged them for two days to spare her life.
“It was because they respected me, they spared her.
“She was released.
“That singular effort I made saved the life of the senator.
“We were perfecting plans to abduct billionaire businessman, Femi Otedola, before I was arrested.
“We narrowly missed abducting him when he attended a function at Ibadan Oyo State.
“We couldn’t abduct him because of heavy security operatives.
“We decided to take time and prepare properly for the second attempt.
“There was someone working with Otedola who brought the kidnapping job to us.
“The person told us that Otedola was going to be in Ibadan.
“When we went to Ibadan, we saw Otedola, but there was heavy security presence around him.
“I told my gang members that we should wait and re-strategise before attempting to kidnap him again.
“I told them that the first thing I would do to ensure the operation was successful was to carry out spiritual sacrifices to the gods.
“The sacrifice was to ensure I defeat Otedola spiritually.
“You know, a man like Otedola is powerful spiritually.
“The last thing on our list, in order to abduct Otedola successfully, was to ensure we monitor his movements regularly.
“We were doing this through our contact, who was close to him.
“We were supposed to strike on a day that he had a few security men with him.
“We were going to achieve this by November.
“If we succeed, it would have been my last job.
“I was planning to demand N2 billion.
“We were however hopeful that he would negotiate for nothing less than N500 million.”
In tracking and arresting Daniel, the IRT, led by a Chief Superintendent of Police, Abba Kyari, used the opportunity of the release of Anisulowo to maximum effect.
During the investigation of the kidnapping of Anisulowo, one of the gang members, Mohammed Babuga, was arrested.
Babuga spilled the beams by giving the police details that led to Daniel’s arrest.
Daniel said his role in the kidnappinggang, was to negotiate for ransom.
Daniel, who had been in jail at the Agodi Prisons in Ibadan, Oyo State, said further: “I spent one year in prison.
“My case was struck out from court over lack of evidence.
“When I regained, I couldn’t go back to school.
“I was born and bred in Kaduna State.
“I speak Hausa fluently.
“It was in prison I became friends with Mohammed.
“We were in the same cell.
“After a year in prison, I realised prison wasn’t a place for reformation.
“I discovered that inmates were plotting and orchestrating jobs right from inside prison.”
Daniel linked up with Mohammed after leaving the prison.
MOhammed, who regained his freedom before Daniel, gave the failed undergraduate the hint about the kidnapping business.
Daniel said: “We kidnapped a man.
“I don’t know the man’s name.
“We kept him in a forest at Ilorin (Kwara State).
“We were paid N5 million.
“Our second job was the kidnap of an Alhaji.
“I did the negotiation.
“We got N15 million from the Alhaji’s family.
“I got N2 million as my share.
“I bought a car with my share.
“Our operation was in Kwara State.
“We later kidnapped a man, who identified himself as Akintola.
“We received N3 million as ransom from the family.
“The fourth operation was the kidnap of a man.
“We collected N5 million as ransom.”
But Daniel said he never knew about the kidnap of Anisulowo.
He said: “I was in my house at Festac when I saw the news on television.
“I called Mohammed to confirm the abduction.
“He told me that it was Mamman and his gang that carried out the job.”
Daniel, however, said it was sheer hard work that led to his arrest as he was always one step ahead of law enforcement agents.
He boasted of his connection in the intelligence circle.
He said: “I have a friend, who is a hacker.
“He assisted me to hack into DSS and police websites.
“It was through that process I normally monitor their new tracking methods.
“Before I was arrested, I knew the police were looking for me.
“I however believed in my knowledge of Nigeria security apparatus, but it failed me.”