How Obi Cubana buried his mother in lavish ceremony 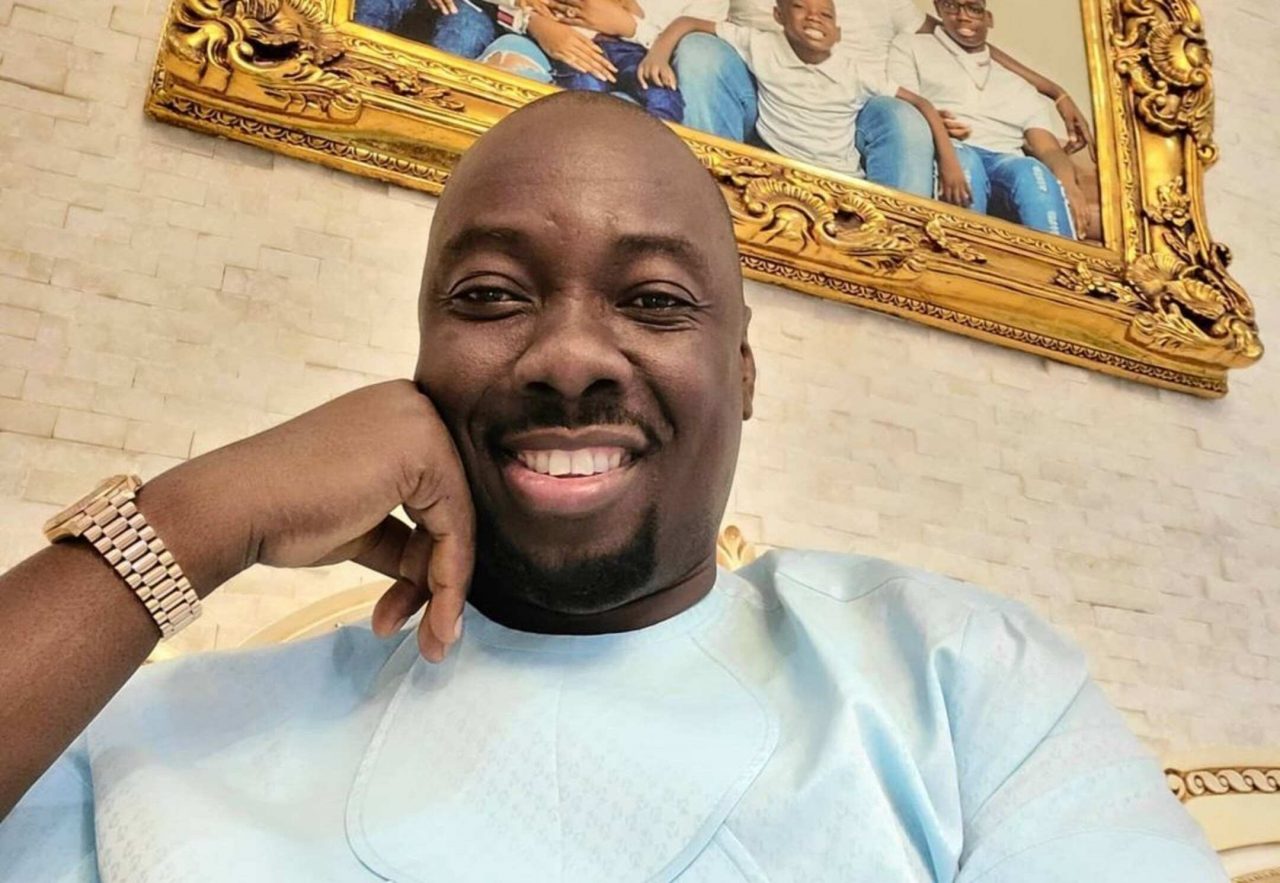 Cubana Group Chairman, Obi Iyiegbu, aka Obi Cubana, has buried his mother at Oba, a town in Idemili South Local Government Area of Anambra State in grand style on July 16.

Iyiegbu lost his mum in December 2020, with his friends and associates looking forward to the burial event.

The funeral rites started on July 15, 2021 with a service of songs and Christian wake, followed by the burial and reception the next day at St Paul’s Anglican Church, Oba Anambra.

There was also a thanksgiving service at the Good Shepherd Anglican Church, also in Oba.

People who could not attend the event physically also had the opportunity of watching it online as it was live streamed on the Internet.

The ceremony, which was star-studded, had several celebrities, business people and politicians turn out in large numbers.

There was also a lavish display of wealth as as huge amounts of cash were “sprayed” at the event, in addition to several gifts he had got before the event, including cows, foodstuff and drinks.

It was reported on several blogs that one of his associates, Cubana Chief Priest, gifted him with 46 cows, while noting that the businessman got about 246 cows for the funeral.

In a list that went viral on social media, Iyiegbu was said to have received over N200 million cash as gift from friends and associates.

The nightclub boss also bought a diamond chain and pendant from a popular jeweller, Efobi Stephen, which had his late mother’s face engraved on it.

In a post on his Instagram page, Stephen stated that Iyiegbu asked him to make a chain worth $100,000.

He wrote: “Obi Cubana told me, ‘I want something special to commemorate my mum.

Meanwhile, one of the guests at the ceremony was popular super cop, Deputy Commissioner of Police Abba Kyari.

Kyari, in a post on his verified Facebook page, defended his presence at the event, describing Cubana as a “brother and good friend.”

He wrote: “Obinna Iyiegbu popularly known as Obi Cubana is one of the most hardworking entrepreneurs and humble personalities that I have known for many years.

“He is a brother and good friend.

“For his good nature and good heart, today I had to squeeze out time from my busy schedule to honor him by attending the burial of his beloved mom In Oba town, Anambra State.”

Also, an online medium reported that the Federal Government asked Obi Cubana to loan money to Nigeria after watching the display of wealth at his mother’s funeral.

The medium article read in part: “Obi Cubana has this kind of money and Nigeria is borrowing, money from China.

“Cubana should borrow us money, Nigeria is collapsing – Lai Mohammed.”

In reaction the Minister of Information and Culture, Lai Mohammed, denied asking Iyiegbu to loan money to Nigeria.

The Ministry of Information and Culture on its verified Facebook page on Sunday placed a “Fake News” stamp on the article claiming that he made the statement.

Also, a concert was held after the burial and was attended by musicians Davido, D’Banj, and Phyno among others.

The “naira rain” at the event has led to several memes asking Nigeria to borrow money from Obi Cubana instead of China.

Recall that the Senate last Thursday approved President Muhammadu Buhari’s request for ongoing external loans to the tune of $8.3 billion and €490 million under the 2018-2020 External Borrowing (Rolling) Plan.