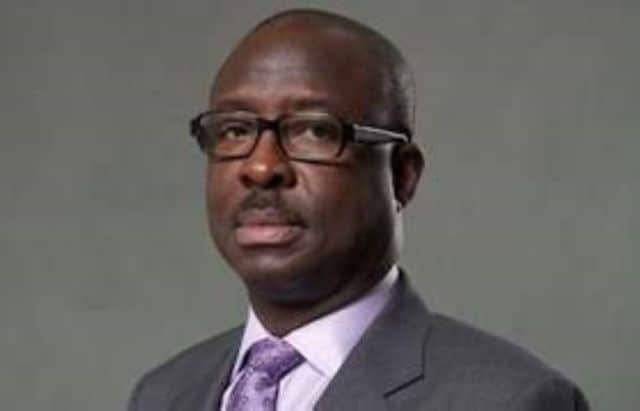 The Minister of  Industry, Trade and Investment, Otunba Richard Adeniyi Adebayo, has explained how Nigeria attained its new position on the World Bank Doing Business ranking.
The Minister gave the explanation while briefing President Muhammadu Buhari in his capacity as the Vice Chairman of the Presidential Enabling Business Environment Council over Thursday’s World Bank 2020 Doing Business Index, which ranked Nigeria 131 out of 190 countries, indicating 15 steps from 146th position in 2018.
A statement by Julius Toba-Jegede, the Special Assistant to the Minister on Media, in Abuja noted that Adebayo was elated Nigeria was also named as one of the top 10 most improved economies on the world for the second time in three years.
The statement indicated further that Adebayo said Nigeria’s new ranking is part of gains of reforms implemented by the Buhari Administration in the last four years.
The Minister also attributed the feat to effective programmes and initiatives being carried out nationwide since the establishment of PEBEC by the President in July 2016.
He added that the ranking had affirmed the PEBEC’s commitment to remove the bureaucratic constraints to doing business in the country.
He also revealed that the PEBEC had been working towards fulfilling projections of the Economic Recovery and Growth Plan (ERGP 2017-2020) to take 100 million Nigerians out of poverty.
The statement said: “The steady improvement in Nigeria’s ease of doing business score and rank is a testament to the reforms implemented by this administration over the past four years in line with the reforms agenda being implemented at the national and subnational levels across the country since the establishment of the Presidential Enabling Business Environment Council (PEBEC) by President Mohammadu Buhari in July, 2016.
“The PEBEC works towards the fulfilment of the projections of the Economic Recovery and Growth Plan (ERGP 2017-2020), which is striving to deliver sustainable economic growth in Nigeria by restoring growth, investing in our people, and building a competitive economy as we work towards delivering Mr President’s mandate of bringing 100 million people out of poverty.
“The 2020 Doing Business Report from the World Bank has affirmed the commitment of the newly constituted PEBEC to making Nigeria a progressively easier place to do business and removing the bureaucratic constraints to doing business in the country as we forge ahead in the Next Level.”
Jegede recalled that PEBEC, which is chaired by Vice President Yemi Osinbajo, with 13 ministers as members, had carried out over 140 reforms to ease business in Nigeria.
The World Bank acknowledged Nigeria in reforms spearheaded by PEBEC in the areas of operationalising a new electronic platform that integrates the tax authority and the Corporate Affairs Commission.
It also acknowledged reforms carried out in some of the World Bank Doing Business indicator areas such as starting a business, registering property, getting construction permits, getting electricity, enforcing contracts and trading across borders.
The Minister noted: “The CAC upgraded its name reservation platform and, in Kano, there is now an electronic platform for registering business premises online, eliminating the need to appear in person.
“In Lagos, land administration was made more transparent following the digitisation  of cadastral plans in a geographic information system; digital copies of cadastral plans are now easily obtainable.
“Nigeria also made getting electricity easier by allowing certified engineers to conduct inspections for new connections.
“Initiatives also made commercial litigation of smaller cases more efficient. The Chief Judges in Lagos and Kano issued practice directions for small claims courts introducing pre-trial conferences and limit adjournments.
“Finally, customs integrated more agencies into its electronic data interchange system, and port authorities launched an e-payment system, speeding up both exports and imports.”
While welcoming the announcement, the Special Adviser to the President on Ease of Doing Business, Dr. Jumoke Oduwole, said Nigeria deserved the new ranking due to recent strategic reforms and more in the pipeline.
Oduwole said: “The movement of 15 places to 131 as well as the recognition being given to Nigeria as one of the top 10 most improved countries, who have implemented the most reforms this year is significant because we weren’t even able to achieve some of the key reforms we had pursued, but what we have done so far is being recognized.
“This validation confirms that our strategy is working and we will continue to push even harder to deliver more impacting reforms.
“The private sector remains the fulcrum of the ease of doing business interventions. We are committed to more engagement between reform-implementing organs of government and the private sector players and we are happy to see that this has resulted in a more favourable validation of the reforms by the private sector.
“This result will serve as encouragement to sustain the deepening of these reforms and make it even more tangible for business and the citizenry. The PEBEC is focused on delivering even more substantive reforms for the improvement of the general business climate.”