How I killed, beheaded my friend over N13m his brother sent to him — Suspect + Photos

by The Eagle Online
in Crime, Featured
4 min read
3

A Mechanical Engineering graduate, Moses Moses, has narrated how his friend’s ghost started appearing after he killed, cut off his head and took possession of the N13 million in his bank account.

Moses, 27, was alleged to have murdered Abuchi Wisdom Nwachukwu, 29, after the deceased confided in him that his brother, who is based in South Africa, sent him N13 million to complete his building project in Nigeria.

Moses confessed to have killed Nwachukwu on January 7, 2020 during a night shift duty at a table water company, where they both worked in Auchi, Edo State.

He dumped the corpse in a bush close to the company and went hunting for people that could hack into his friend’s account to help get the millions.

Moses said: “After I killed my friend, I travelled to Benin City.

“I stayed in several hotels and dated a lot of women, but then Nwachukwu’s ghost started disturbing me.

“Whenever I wanted to sleep, the ghost would appear to start crying.

“The girls I picked would run away, saying I wanted to use them for money ritual.”

Nwachukwu’s headless body would later be found by policemen, but nobody could identify it.

The corpse was moved to a mortuary.

Meanwhile, Nwachukwu’s relatives in Imo State and his brother in South Africa had become frantic with worry over his disappearance.

More worrisome was that his phone remained unreachable.

The South Africa-based brother wrote a petition to the Inspector-General of Police, Mohammed Adamu, about Nwachukwu’s disappearance.

Adamu was compelled to deploy his crack squad, the Inspector General of Police Special Intelligence Response Team, headed by a Deputy Commissioner of Police, Abba Kyari, to investigate the matter.

Some weeks into the investigation, IRT Operatives traced all PoS transactions Moses made with Nwachukwu’s ATM card to Ore, Benin and Auchi.

The suspect was arrested in a hotel where he went to lodge and had been paying with the deceased’s ATM card.

Moses confessed to the crime and assisted operatives in the arrest of suspected internet fraudsters, Yusuf Sagiru, Tony Bright, Terence Okochukwu, and a businessman Jahswill Ogbonnaya.

The aforementioned men assisted Moses to pull out N6 million from the account.

Moses said: “I work in a table water company in Abely area of Auchi.

“I have been working in that company in the last four years.

“When Nwachukwu got a job in the factory, I was the person who taught him how to operate the machine and since then, we became close friends.

“One day, while at work, Nwachukwu told me his brother, who is based in South Africa, had been sending money to him to build a house for him.

“He showed me an alert of N13 million, which his brother just sent to him.

“He told me that he would be travelling to his village to carry out the project.

“I became jealous and decided to steal the money.

“Since we were friends, it was easy for me to trick him into divulging his phone password.

“I went through his phone and discovered his ATM card personal identification number.

“A few days to his journey to village, we worked on the same shift.

“I lured him outside the company and stabbed him to death with a knife.

“I dragged his body into the bush, but because I didn’t want people to recognise him, I cut off his neck and buried it.

“I took his ATM card to some fraudsters, one of them is called Yusuf.

“I told Yusuf that I wanted him to assist me, so that we could hack the account.

“The account was hacked and we removed N2.2 million from it.

“I later had issue with Yusuf because he and friends wanted to cheat me.”

Nwachukwu’s account was hacked by Goswill Uche Ogbonnaya, 29, who is a graduate of Computer Science from University of Uyo.

Ogbonnaya, who introduced himself as an electrical part seller in Aba, Abia State, said: “I was arrested because some friends brought an ATM card and asked me to withdraw money from the card through a payment application known paystack.com, which I had been using to do my business.

“Most of my customers have been using the App to buy and sell their good.

“I used the card to make a purchase and used the authentication number to credit my paystack wallet with the card.

“They requested that the money should be sent to a Bureau De Change account because they didn’t want trouble.

“I contacted my friend who lives in Lagos.

“My friend connected me to an Alhaji, who gave his account and took N400,000 as commission.

“The remaining N600,000 was sent to their account through Bright Tony.

“I started paying the money into their accounts until I remitted N480,00 to other parties.

“Tony called that he wanted me to assist them again to collect money the account.

“When I showed up at Tony’s place, police arrested me.” 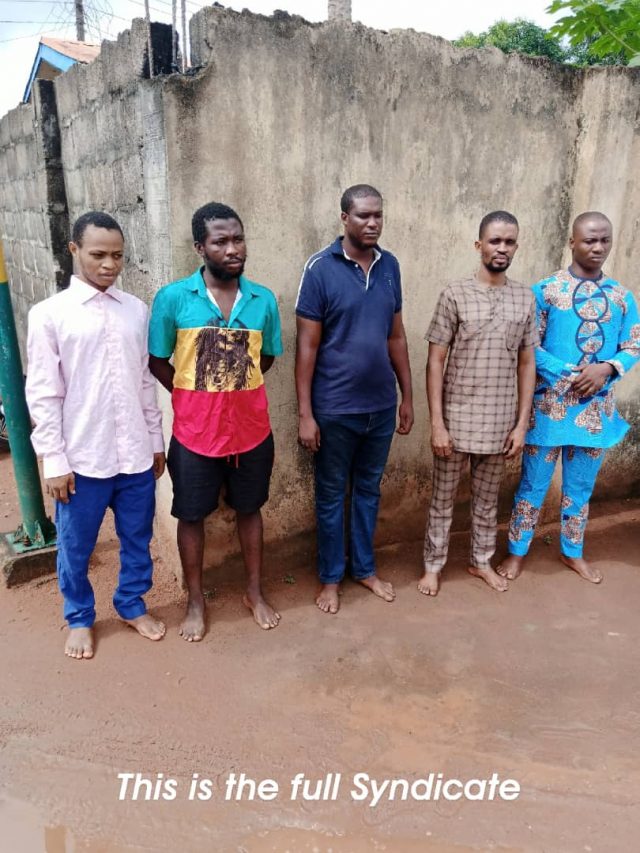 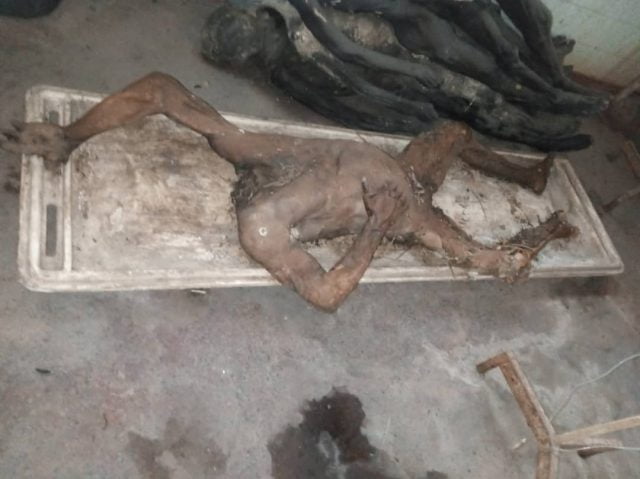 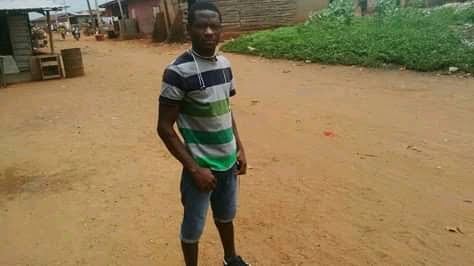 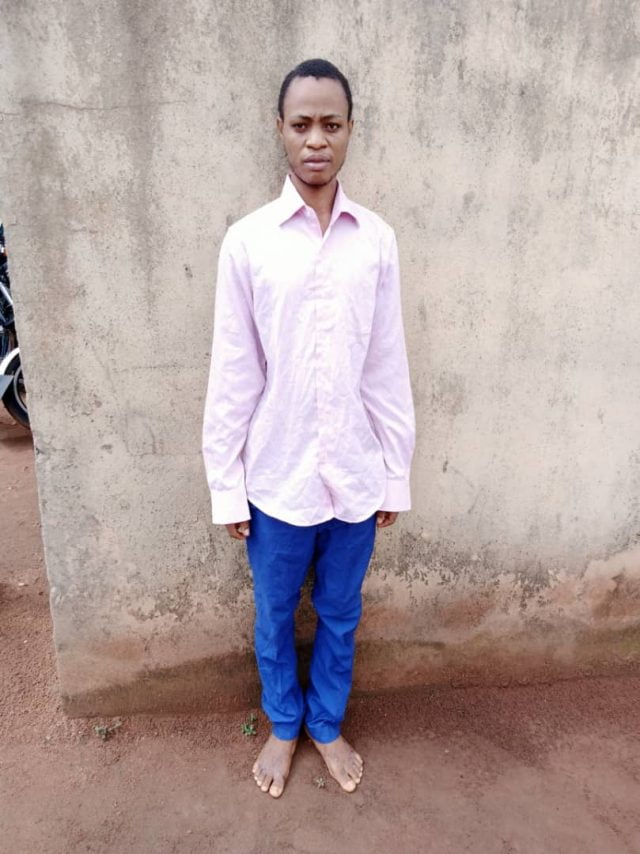 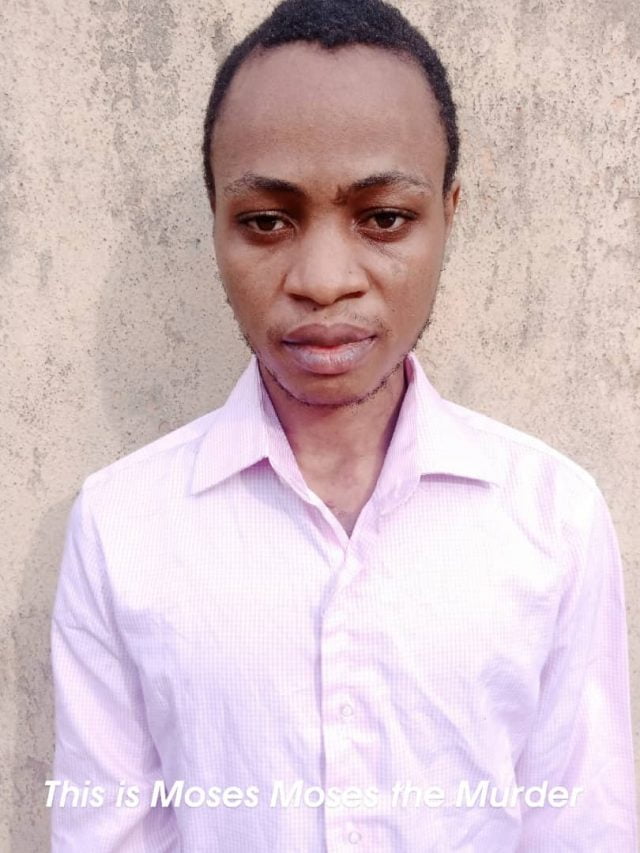