How I became rich, why I buried my mum as I did — Obi Cubana 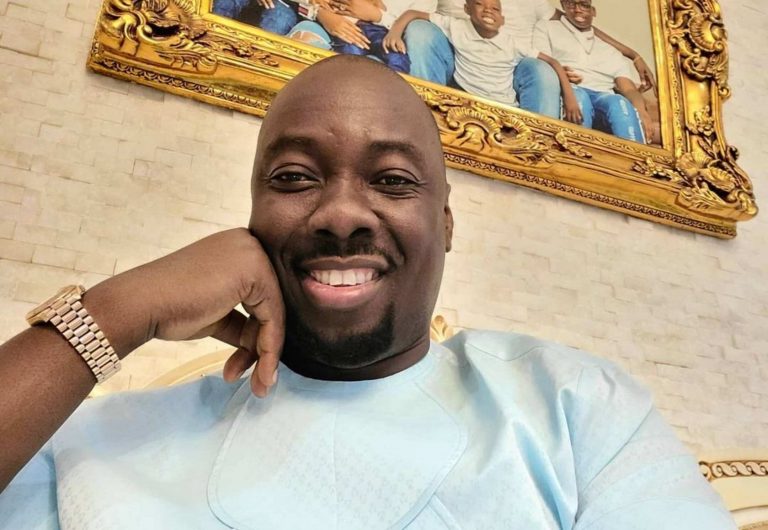 In an interview with BBC Pidgin, the night club boss spoke about how he became a successful businessman and his mother’s talk-of-the-town burial.

According to Iyiegbu, he and his siblings gave their mother a burial that became the talk of the town because they had promised her that her 80th birthday would be a carnival.

However, she died at age 78 so they decided to fulfil their promise by giving her the kind of burial she got as she fulfilled the role of both father and mother after their father died 15 years ago.

He stated that he studied Political Science at the University of Nigeria, Nsukka, and kept looking for a job after his National Youth Service Corps, but couldn’t get any so he started doing “small small mama put (local restaurant)” in Abuja, where he observed the mandatory one year servicer.

He then started a “beer parlour” at Garden, Abuja.

He said at the time he was doing the beer parlour business, he, his brothers and their friends were living in a one-room accommodation in Zone 4, Abuja.

He noted that it was a tiny room, 12 by 12, and all the six occupants of the room had was a mattress on the floor, which they had to manage.

Iyiegbu noted that their source of livelihood, the beer parlour, was soon demolished “through (Nasir) El-Rufai”, the then Minister of the Federal Capital Territory, but when he thought it was over at the time, he started “Ibiza” that then birthed Cubana.

He explained that not every business he got into worked.

Some failed, he said, others succeeded.

Speaking of the publicity around his mother’s burial and comments from some that he and his friends did rituals or got their money through illegal means, Obi Cubana said hard work is the only way he got his money.

He explained that what people see now is years of hard work.

Iyiegbu said: “Miracle doesn’t give money because that pastor needs the money more.

“Native doctor cannot give you money because his children are the ones who fetch water from the stream.

“How can he give you what he doesn’t have?

Speaking on those asking him to “cut soap” (introduce them to African voodoo) for them, Iyiegbu said: “Work hard and be consistent.”

“Cut soap” is a slang used to ask a successful person to give you a bit of what they are using that makes them successful.

It originated from the claims that some young fraudsters visit ritualists who give them soap to bathe with for optimal success.

“I have done my first half.

“I don’t know why someone who is just 20 years will say he has not made it when he still has 50 years 60 years ahead.

“There is no soap to cut for anybody.

“There is no soap anywhere.

The Chairman of Cubana Group said the only spiritual power he believes in is prayer.

He said his mother, a school teacher, was very prayerful and after she died, he felt a huge part of his energy left him.

Iyiegbu further stated that he believes in fasting and prayer and not rituals.

He said: “I do pray before I leave the house.

“I pray because if you don’t pray, your body will be naked and prone to different attacks.”

As for the crowd at his mother’s burial and how money was displayed, Iyiegbu said it comes from years of friendship and goodwill.

He said: “We didn’t plan for one-fifth of the crowd at the funeral.

“But see what happened at the burial.

“People have been saying that Obi Cubana has money.

“They need to know people who have money in Anambra and in Nigeria.

“It is not about money but goodwill.

“What happened that day, money can’t buy it.

“Yet nobody was raped, no car was stolen and no one was attacked.