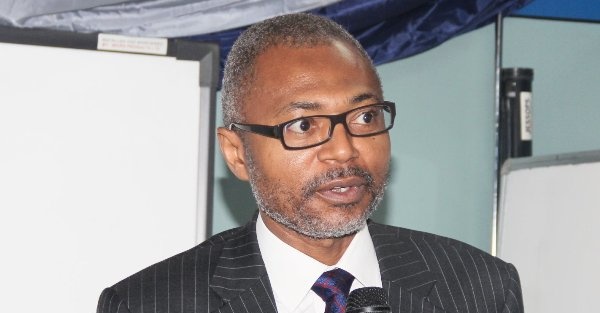 John Ejim, a prosecution witness in the trial of the former Director-General of the National Broadcasting Commission, Emeka Mba, told a Federal High Court in Abuja on Tuesday how the defendants illegally diverted N2.9 billion.
The money was paid into a company, Technology Advisors, belonging to Basil Udotai, the third defendant.
The witness, an operative of the Economic and Financial Crimes, Commission, led in evidence by the prosecution counsel, Ben Ikani, said a petition written by one Oke Nwafor ignited the arrest of the defendants – Emeka Mba, Patrick Areh, Basil Udotai and Babatunji Amure.
Ejim said sometimes in 2016, a petition was referred to their team under the special task force team One B Platform addressed to President Muhammadu Buhari.
He said the petition was signed by Oke Nwafor and it was copied to the Executive Chairman of the EFCC.
The petition alleged among others a diversion of N2.9 billion being proceeds of sales of 700 mega heads of spectrum, which was deposited to Technology Advisors account, held by NBC.
He further stated that the diverted money was illegally paid to five sect-top boxes manufacturer under the digital switch over platform.
The court admitted in evidence copy of the petition sent to Executive Chairman of the EFCC that was addressed to the President.
The witness further said that in order to explain the transaction of N2.9billion to Technology Advisors, Mba and Areh were invited to EFCC office.
He said on their arrival, he was asked by their team leader, Abubakar Madaki, to attend to Areh, where he gave him a copy of the petition and he made his statement.
The prosecution applied to tender Areh’s statement.
Counsel to Areh, Ike Chude, objected to the application on grounds that the statement made was not voluntary.
Justice Gabriel Kolawole, however, ordered a trial-within-trial to determine whether statements made by Areh were obtained voluntarily.
Justice Kolawole said the trial-within-trial was necessary to establish the fact of the purported statement of the defendant tendered in court by the prosecuting counsel.
He adjourned the matter till March 8 for the trial-within-trial.
The defendants were arraigned on a 15-count charge of money laundering and
procurement fraud to the tune of N2.9billion.
They were alleged to have at various times connived and transferred N2,899,723,500 from the account of NBC through various proxies for their personal gains.