The anti-corruption crusade of the Administration of President Muhammadu Buhari has suffered a major setback ‎with the alleged involvement of a serving minister in a $13.92 billion fraudulent foreign exchange transaction.
The Minister of Trade and Investment, Okechukwu Elenamah; the Founder of Diamond Bank, Pascal Dozie; Founding Partner, Aluko & Oyebode, Gbenga Oyebode; the Chairman, Aeromaritime Group, Victor Odili; and Ahmed Dasuki along with four banks have been accused of illegal repatriation of funds for MTN.
The alleged illegal forex outflow was executed for 10 years from 2006 to 2016‎ through the use of Stanbic IBTC, Diamond Bank, Standard Chartered Bank and Citi Bank.
Of the total $13.92‎ billion ferried out of the country, StanbicIBTC was responsible for $4.87 billion, Citibank $2.98 billion, Standard Chartered $5.72 billion and Diamond Bank $0.35 billion.
The Senate on Tuesday asked its Committee on Banking and Insurance to look into the issue, but analysts have argued that the lawmakers lack the capability for such high degree investigation.
The Senate, which acted on the motion by Dino Melaye, has thus confirmed the story published by InsideBusiness on September 3, entitled: “Recession: Buhari to shake up cabinet, probes economic manager indicted in forex scam.”
On his assumption of office on May 29, 2015, President Muhammadu Buhari was welcomed by myriads of challenges that have sent the country to its knees.
The nation has experienced mismanagement and corruption that characterized the oil boom era.
The dysfunction came to light with the global oil price plunge that has left the treasury dry.
Findings by InsideBusiness show that there is no coincidence that majority of the firms involved are of South African origin.
Three of the banks – StanbicIBTC, Standard Chartered Bank and Citibank – have their parent bodies in South Africa, where MTN Group also came from.
Diamond bank, which is the fourth bank and indigenous, has its umbilical cord from African Capital Alliance, on whose back MTN Group rode to Nigeria in 2001, when the telecom sector was liberalised.
Enelamah, one of the backbone of African Capital Alliance, was also one of the original principals of Zephyr Capital and South Africa Capital Growth Fund.
A source stated that the illegal deal was carefully woven to fleece the country’s foreign reserves being managed by the Central Bank of Nigeria.

Strategy
InsideBusiness learnt that companies were established outside the country and came to the country under the guise of coming with foreign direct investment into the Nigeria economy.
The source said: “Enelamah claimed in one instance that he is a foreign investor from Malaysia using a company called Celtelecom Investment Limited.
“The company claimed to have brought in $155,577.92 and got a certificate of capital importation issued by StanbicIBTC bank and repatriated its dividend and investment totaling $142,806,071.66 within 24 hours, thereby depleting the country’s foreign reserves fraudulently.”
According to one of the several documents, the Certificates of Capital Importation, numbered 016150, with bank code 068, issued on February 7, 2008 to Celtelecom Investment Limited of Mauritius (Enelamah’s company), the minister claimed to have brought $155,577.92 on February 7, 2008 to buy equity in the MTN group.
The CCI was stamped by Standard Chartered Bank on Ajose Adeogun Street, Victoria Island, Lagos.
Interestingly, the same company, Celtelecom Investment Limited of Mauritius, owned by Enelamah, collected as proceeds for repatriation the sum of $142,806,071.66 on the same February 7, 2008 that the company claimed to have invested $155,577.92 on equity in the MTN group.
This in effect means that Celtelecom Investment invested $155,577 on February 7, 2008, traded on that same day and together with its investment made a proceed of $142.806 million on the same February 7, 2008.
Analysts in the banking industry told InsideBusiness: “It is not possible for a foreign investor to complete this cycle of bringing foreign capital to Nigeria, get his CCI within 24 hours, invest the Naira, make profits and repatriate the money same day.”
Those familiar with how CCI is obtained noted that foreign exchange comes into the country through loans and equity and any foreigner that wishes to invest in Nigeria will send his foreign currency either by telegraphic transfer or other negotiable instruments.
This is then converted to Naira by a CBN appointed agent (local bank), who will give the Naira equivalent to the organisation that the foreign investor wishes to invest his money, while the investor is issued a CCI by the local bank within 24 hours of the importation of currency.
Foreign currency imported into Nigeria and invested in any organisation in Nigeria is guaranteed an unconditional transferability during repatriation by way of dividends or remittances of proceeds (net of taxes).
The investor shall produce the CCI that was issued to him at the time he imported the capital into Nigeria, lodge his Naira (dividend and capital sum) with the CBN and then complete FORM A (issued by the CBN for invisible trade transaction) and the CBN will remit his foreign currency to his account abroad by debiting the national reserves at the prevalent official exchange rate.
According to the Form A, with application number 1314613 (for Invisible Trade Transactions), which was completed in duplicate and endorsed by an official of IBTC-Chartered Bank Plc with the bank’s stamp on February 8, 2008, Enelamah’s company, Celtelecom Investment of Mauritius, was paid a total sum of $142.806 million through telegraphic transfer at the Exchange rate of N118.55 to a dollar, the official rate at that time.
The Form A with the IBTC Chartered Bank’s Authorised Dealer’s code of 221 showed the address of Celtelecom Investment as 608, St. James Court, St. Dennis Street, Port Louis, Mauritius.
The company and Enelamah, however, in item 3 of the Form A that required the particulars of the foreign investors or beneficiary, did not state the passport number, company registration number or the number of the certificate of incorporation of the company as requested by the CBN on the form.
Enelamah also signed the item 7 on the form, which says: “I declare that the above statements are true and that the foreign currency will be used solely for the purpose stated in accordance with the approved guidelines,” adding: “Any false declaration will make me liable for prosecution.”
With this form, the sum of $142.806 million was repatriated into Enelamah’s company account number 7240970 in Barclays Bank, Mauritius International Banking Division, 6th Floor, Harbour Front Building, John. F. Kennedy Street, Port Louis, Mauritius. 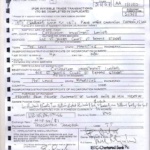 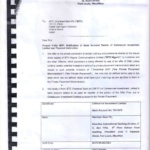 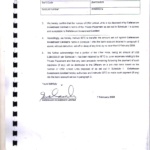 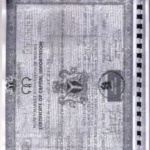 The swift code was BARCMUMUOBU, with account number 28037304495.
The correspondent bank is Barclays Bank, New York, United States of America, swift code BARCUS33 and account number 026002574.
Enelamah confirmed that the $142.806 million was for “proceeds from private placement of linked units of MTN Nigeria” in a letter written on Celtelecom Investment limited letterheads to IBTC Chartered bank, Walter Carrington Crescent, Victoria Island, Lagos.
A highly placed official in the Department of State Service told InsideBusiness that investigation has since been concluded and the report, which has the input of the Economic and Financial Crimes Commission and it has been submitted to President Buhari.
The DSS official also told our correspondent that some of the documents had been shown to the Vice President, Yemi Osinbajo, who heads the economic committee to intimate him of the discovery on Enelamah.
Sources in the Vice-President’s office also confirmed the development to InsideBusiness and noted that Osinbajo had confronted the minister with the capital importation certificate and other documents linking him to the deals.
The DSS source said: “The EFCC and the DSS have since wrapped up investigation and had submitted the Executive summary to the president. The vice-president had also been intimated of the discovery on one of their acclaimed change agents.”
The source at the DSS also hinted that the deal could not have progressed through the 10 years without the assistance of officials of the Central Bank of Nigeria.
“CBN officials are expected to verify the claims of the foreign investors before approval is given for the dollar equivalent to be taken out of the foreign exchange reserves,” noted the DSS official.
The deal went on between 2006 and 2016, running through the tenure of three CBN Governors: Charles Soludo, who came in 2004 and left 2009; Lamido Sanusi Lamido was appointed 2009 and left in 2014 when he was suspended; and then current the Governor, Godwin Emefiele, who took over in 2014 and expected to leave 2019.
Efforts to get Enelamah to comment on this were not successful.
Enquiries were sent to the minister via his email address on September 11, 2016 on his involvement with Celtelecom Investment Limited of Mauritius.
The minister was yet to respond up till the time of this report.
Equally, enquiries sent to the spokesperson of MTN Nigeria, Funsho Aina, through his email address and phone messages were also not responded to.
Sources at MTN however told InsideBusiness that the DSS have invited top management officials of the telecom firm about four times during investigation of the issue.
Also, enquiries at StanbicIBTC showed that its Group Managing Director, Sola David Borha, had also been invited by the DSS to defend her bank in the deal, which is creating ripples in the presidency.

Implication for MTN, StanbicIBTC
Analysts said the revelations have put more pressure on both MTN and StanbicIBTC, the two companies with parent bodies in South Africa.
The two are currently under sanctions of regulatory agencies in the country.
While MTN is still battling with the payment balance of its fines by the Nigerian Communication Commission, of which an agreement has been reached and part payment made, StanbicIBTC is under regulatory order of the Financial Reporting Council of Nigeria for certain infractions observed in its 2013 and 2014 accounts.
The bank is to pay N1 billion fine in addition to billions of dollar that it is expected to repatriate to Nigeria economy.