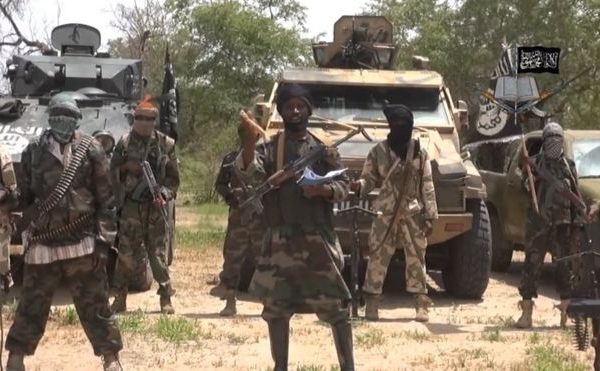 Less than three days after the swap of 82 Chibok girls on May 7, 2017 and a payment of €3 million ransom for the release of five commanders from the custody of the Department of State Services, a video of Shuaibu Moni, one of the swapped Boko Haram commanders, went viral, where he issued threats to the Nigerian State, vowing continued attacks and suicide bombings.
The deal, which was facilitated by the Swiss Government, has lately come under intense criticisms locally and internationally following allegations of corruptions against the mediators.
The unending hostage-taking by the terrorists, the swap and ransom payments process have further deepen doubts and skepticism on the sincerity of the deal.
The often cited International Committee of the Red Cross involvement in the negotiations turned out to be false.
In a statement issued on February 22, 2018, the ICRC said it only acted as an intermediary between Boko Haram and the Nigerian Government in the provision of its vehicles used to transport the freed girls to Nigerian officials at Banki town in Borno State, North-East Nigeria.
“With the agreement of all the parties involved, we acted as a neutral intermediary to facilitate their transport back,” added the ICRC.
Lately, the Daily Telegraph of London accused the Nigerian Government of fuelling the kidnap industry in an article written by its correspondent, Colin Freeman: https://www.telegraph.co.uk/news/2018/03/24/nigerian-government-fuelling-boko-harams-kidnapping-industry
Another Canadian based on-line newspaper, went further to give details of ongoing Nigerian-Swiss-Boko Haram so called back channel negotiation effort, in an article titled: “Nigeria and State Complicity with Terrorists,” written by Ann Mcgregor, an expert on global security and intelligence: http://newsplusviews.news/?p=963
Now the worst fears is confirmed with the deadly attack on Easter Sunday in which Moni led multiple attacks on communities of Bale Kura, Bale Shuwarin, Jamine and Alikaramti villages in Jere Local Government Area, near Maiduguri, the Borno State capital, by Boko Haram, which killed more than 20 people and left 83 wounded.
With that act, Moni now opens the third splinter group in the Boko Haram Terrorist end-game of kidnapping and suicide bombing against the Nigerian state and most importantly made true his promise to continue with arms struggle.
The Easter attack on Maiduguri by Moni few weeks after the DSS released and swapped the top ISWA Commander, Hussaini Maitangaran, who was also responsible for the deadly explosive attacks against worshippers at the Kano Central Mosque as well as an attack on a military formation in Yobe State in 2015, which claimed hundreds of lives, has further unmasked the conundrum of the dealing with Boko Haram by the state officials.
Lawal Daura, the Director-General of the DSS, on March 23, 2018 at the Presidential Villa in Abuja informed President Muhammadu Buhari that the insurgents’ only condition was a cessation of hostilities and temporary ceasefire to pave the way for the return of the Dapchi girls.
Since after the first swap of Chibok girls with Moni and his team, the group has carried out more than 15 suicide bombings and armed attacks in Internally Displaced Persons camps.
The Nigerian state is gradually becoming a captive humiliated and sucked by international interlocutors and terrorists associates.
While the military continue to say there is no inch of Nigerian territory under Boko Haram Terrorists control, it is difficult to reconcile the position with what Daura said: “The insurgents are factionalized while holding various spheres of influence in their guerrilla controlled enclaves.”
No wonder Daily Telegraph of London has learned that behind the scenes, many diplomats and advisers to Buhari bitterly opposed the decision to make concessions.
One Western source involved in the talks said: “Buhari was influenced by the Swiss, who were keen to get the glory. Complaints were made repeatedly to the Swiss that if you paid for hostages once, you’d have to do it again. But they got quite belligerent. And now look – they got 82 girls back from Chibok, then another 110 get taken in Dapchi.
“While Britain and America had both offered help in finding the girls, neither they nor the UN or EU wanted to get entangled with Boko Haram.”