How Aregbesola put politics aside for me to become ambassador – PDP chieftain, Yemi Farounbi 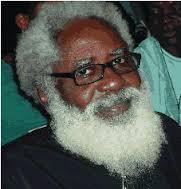 Share
Facebook Twitter LinkedIn Pinterest Email
The immediate past Nigerian Ambassador to the Philippines and a chieftain of the Peoples Democratic Party, Dr. Yemi Farounbi, has narrated how Governor Rauf Aregbesola of Osun State waved aside political differences to ensure that his nomination for ambassadorial position by former President Goodluck Jonathan became a reality.
Farounmi, a veteran broadcaster-turned politician, said he had lost all hopes on his nomination when the then Minister of Foreign Affairs informed him that it was necessary to get the support of at least two of the senators representing his state if he would be confirmed as an ambassador.
This was just as Governor Aregbesola said that politics is only meaningful when it is directed at solving the problems of the society and people.
They both spoke in Osogbo, the state capital, at the official opening of a new privately owned radio station, Rave FM.
The immediate past Nigerian Ambassador to the Philippines stated that he would not have been an ambassador but for Aregbesola’s intervention.
The former Ambassador said: “I remembered when I was nominated as an Ambassador and I needed the support of two senators from my state to become Ambassador, I went to Senator Olusola Adeyeye, who is my brother, and all the senators in my state were from the Action Congress of Nigeria.
“It was Adeyeye who told me that I need not bother as the governor has instructed all the senators from the state to support me.
“Without meeting you (Aregbesola), you have made me proud.
“I am grateful for all you have done without seeing me despite the fact that we are not from same political background.”
Aregbesola, who used the occasion to condemn politicians who go about fabricating lies over the state of the finance of Osun State, stressed that his administration will not be distracted by negative comments of the opposition but forge ahead with the vision that God has given to him to transform the state to a place of envy among committee of states in Nigeria.
He noted that his government is of the opinion that detractors and opposition will soon come to appreciate his administration when all projects embarked upon are completed before the end of his tenure in office.
The governor, who admitted that things might be tough financially for the state, revealed that help is on the way for the state as it shall overcome in no distant time.
He held that the Gbogan-Akoda Road project and others in the state will commence before the first quarter of 2016 and that there will be no abandoned project by his administration.
According to him: “I will not be disturbed by bad comments from some people about my policies because I believe in God who sent me to Osun and supporting me and my philosophy is One with God is a majority.
“What we are doing in Osun may not be appreciated now, but it will become what people will ‎praise latter. We came here and all we have been doing is from the inspiration of God. All that you are seeing are happening from the guidance of God.”
Aregbesola said the exaggerated debt profile of Osun State was nothing but mischief, adding that common knowledge of financial rules should have informed them that the amount being bandied about as Osun State’s debt are not just ridiculous but unrealistic.
He said: “If we have borrowed N800 billion like some have said, how could we have been able to pay the loan interest? How could we have survived?
“Though we took a loan and that is the only way we could have brought development to the state. As tough as it is, God and His help is on the way and Osun shall overcome.”
Governor Aregbesola Yemi Farounbi
Share. Facebook Twitter Pinterest LinkedIn Tumblr Telegram Email