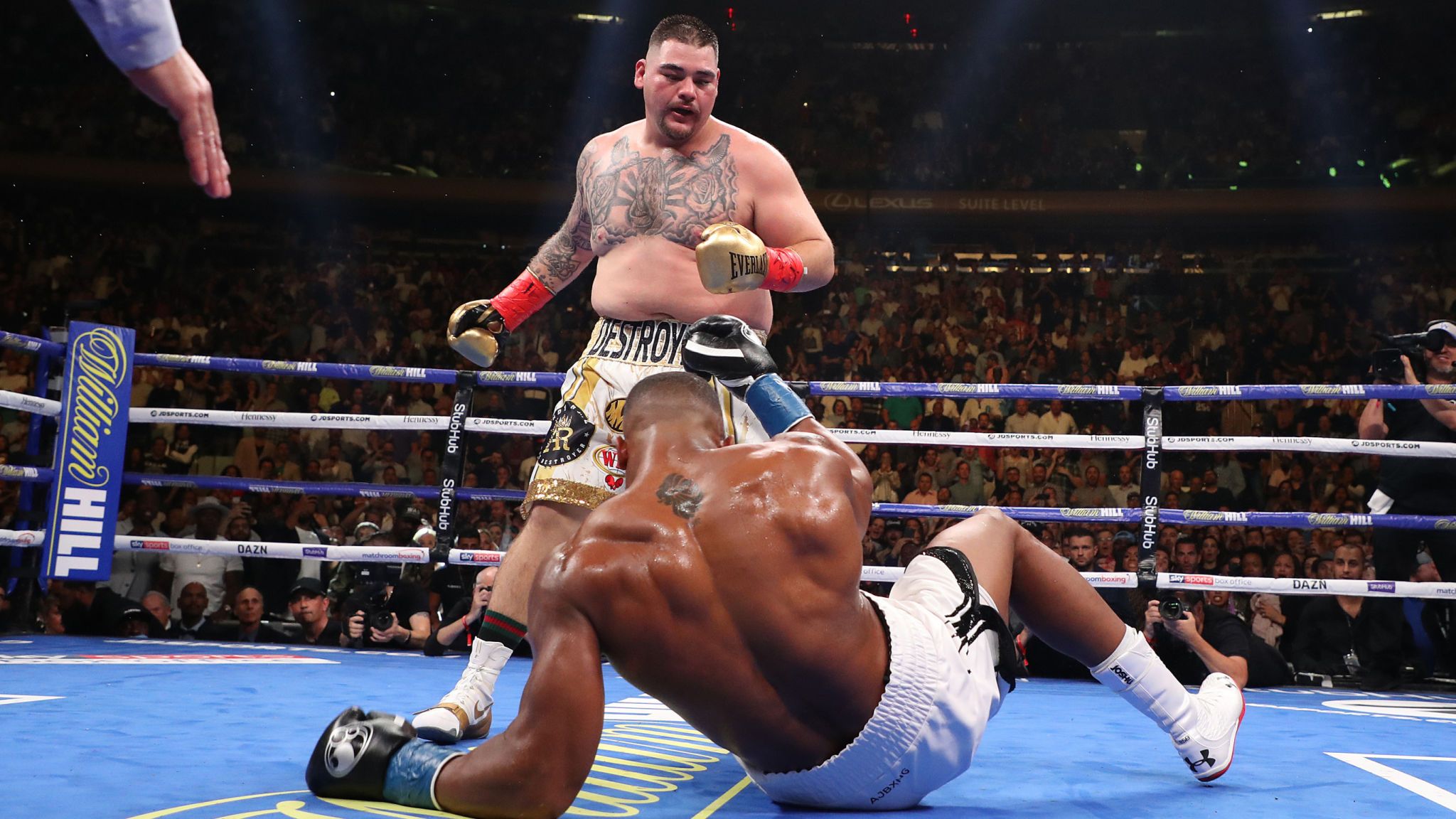 Anthony Joshua lost his world heavyweight titles in one of the biggest upsets in the history of boxing.
The Brit, who had won his previous 21 fights, was beaten by Andy Ruiz Jr, a flabby challenger who stepped up at less than six weeks notice.
And after two rounds, which Joshua spent feeling out Ruiz, he dropped the challenger in the third session.
But just as the fight was going to plan, the champion himself was on the canvas seconds later as he suddenly tired at Madison Square Garden.
Somehow Joshua staggered on only to go down again in the dying seconds of the round.
He hauled himself up with three seconds of the count remaining and managed to reach his corner.
Both men took their foot off the accelerator in the fourth round as Joshua regained his composure in front of a sell-out crowd.
The champion was by now wary of Ruiz’s speed and was content to box on the back foot but did momentarily stun the challenger in the fifth.
But Joshua appeared to be feeling the pace again as the fight reached the halfway stage as Ruiz grew in confidence again.
And he was down twice in the seventh round as defeat looked certain – and the referee waved the fight off with Joshua left stunned.
Ruiz Jr began the celebrations as he became the first Mexican heavyweight world champion.
He will surely be forced to defend his titles against Joshua in a rematch with the Brit left slumped on the canvas as announcer Michael Buffer completed the formalities.